Film critic and movie business analyst Taran Adarsh broke the news on Twitter along with the picture featuring the lead duo. 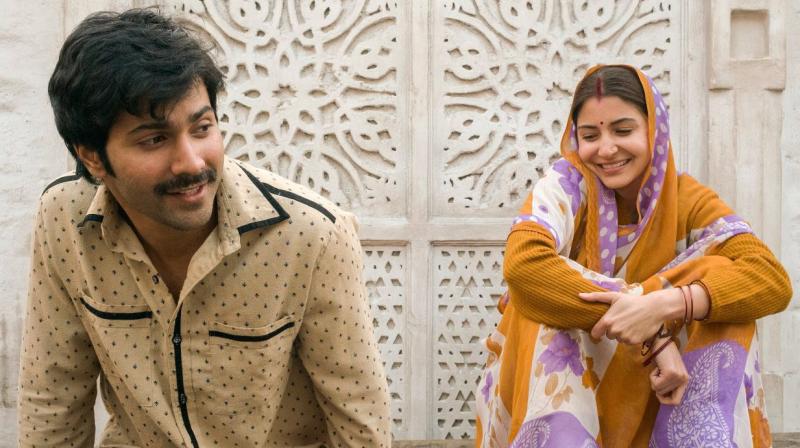 New Delhi: Varun Dhawan and Anushka Sharma starrer 'Sui Dhaaga - Made In India' which was slated to release on December 6 in China has been postponed.

Film critic and movie business analyst Taran Adarsh broke the news on Twitter along with the picture featuring the lead duo. He wrote that the flick will now release on another date. The release of many Hollywood and Chinese biggies on the same date prompted Yash Raj Films to reconsider the movie's release date.

#Xclusiv: #SuiDhaaga - which was slated for release on 6 Dec 2019 in #China - will now release on another date... Multiple biggies on same date [#Hollywood, #Chinese] prompted Yash Raj to reconsider the date... New release date will be announced shortly. pic.twitter.com/7M0TTogJrU

The film is based on the story of self-reliance and high spirits of the two central characters, Mamta (Anushka) and Mauji (Varun), a tailor and an embroiderer respectively, rooted in an earthy town of India. The movie narrates the story of the village couple, who dream big about starting their own business together.

The movie is a special salute to the inherent entrepreneurial spirit of the youth of the country. It highlights the untapped potential of India's talented craftsmen and skilled workers at the grass-root level and the challenges and issues faced by them.

Interestingly, earlier in June this year, 'Sui Dhaaga' was selected to compete at the Shanghai International Film Festival The Belt and Road Film Week. The film had hit the big screens on September 28 last year and received an overwhelming response from the audience and critics alike.