Back to Zero, Anushka Sharma gets a flowery welcome from Shah Rukh Khan

Anushka got married to cricketer Virat Kohli in a close-knit ceremony which was held in Italy. 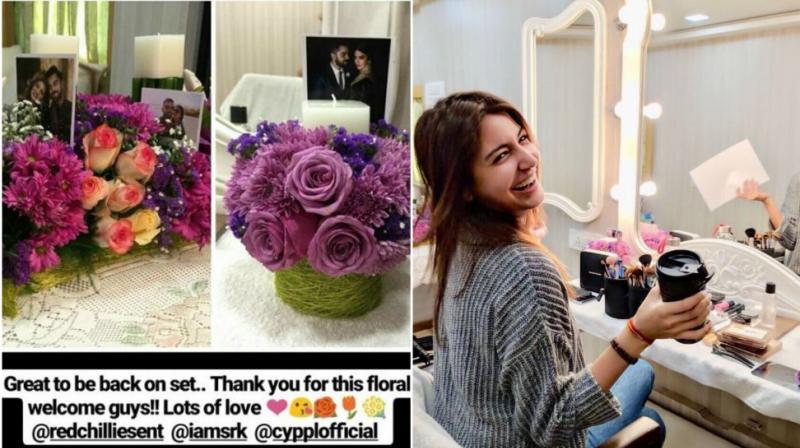 Anushka Sharma in her vanity van outside 'Zero' sets.

Mumbai: Anushka Sharma returned from Cape Town after her marriage fiasco yesterday, and the actress is back on sets - let’s be clearer - on ‘Zero’ sets. As Anushka stepped into her vanity van, she was in for a surprise.

Anushka shared an Instagram story of the same. Here it is: 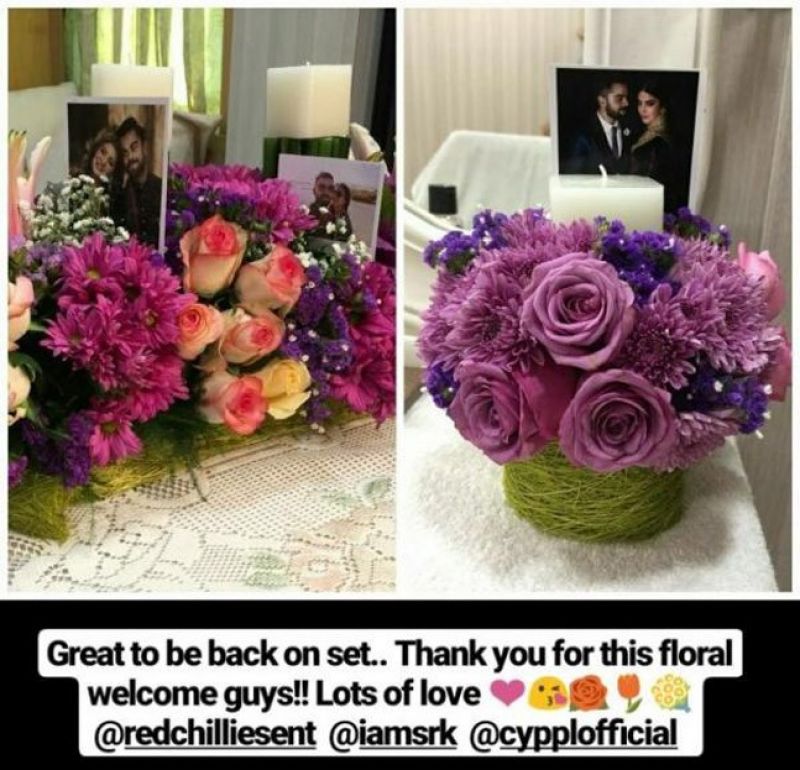 In case you are wondering what Anushka’s expressions would be, she also shared an image of herself with a coffee mug in one hand and a paper (either a letter or her script) in another. She seemed to be in a jovial mood and absolutely loved the surprise. See her expression here:

They say - Back to one! In this case ill say - Back to Zero 🤗!! Happy to be back on the film and back to work with my lovely co actrors and crew !! Thank you for the beautifully decorated floral van 😁💕

Anushka got married to cricketer Virat Kohli in a close-knit ceremony which was held in Italy. The marriage was held in the month of December last year, post which the two had been staying in Cape Town because Virat had to play his match there.

Now that Anushka is back in Mumbai, she will finish shooting for Aanand L. Rai’s ‘Zero’ which also stars Katrina Kaif, will start promoting her production movie ‘Pari’ and alongside, she will also be prepping for YRF’s ‘Sui Dhaaga’ with Varun Dhawan.