Alia has worked with KJo in as many as 5 Bollywood movies in her total Bollywood career (consisting of 9 movies). 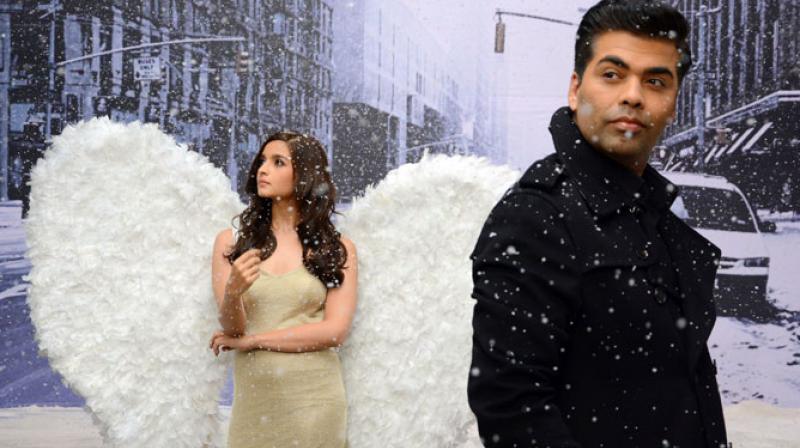 Alia Bhatt in a TV commercial with Karan Johar.

Mumbai: Karan Johar, most popular for his controversial show ‘Koffee With Karan’, has turned an RJ. More so, he has introduced a ‘reverse rapid fire’ round on the show. This means that he will be the one at the receiving end.

As per a report on Mumbai Mirror, one such incident happened when a caller asked him if he thought asking a celebrity to lose weight for a role amounted to body-shaming, he pleaded guilty.

“I asked Alia (Bhatt, who debuted with his ‘Student of the Year’ in 2012) to lose weight and now, when I see her hysterical about how she looks, I feel responsible.” he sighed. Karan went on to tell her that she was “pleasantly plump”, which is why he thinks now she’s obsessed with her weight. “She’s in the gym every day and even if she puts on an extra kilo, she goes crazy. I think I am to blame for it. Now that I am a parent, I would never do this to Roohi and I would like to apologise to Alia.”

Alia has worked with KJo in ‘Student Of The Year’, ‘Humpty Sharma Ki Dulhania’, ‘Kapoor And Sons’, ‘Shaandaar’ and ‘Badrinath Ki Dulhania’.