Kangana is currently shooting for her dream project ‘Manikarnika: The Queen of Jhansi’. 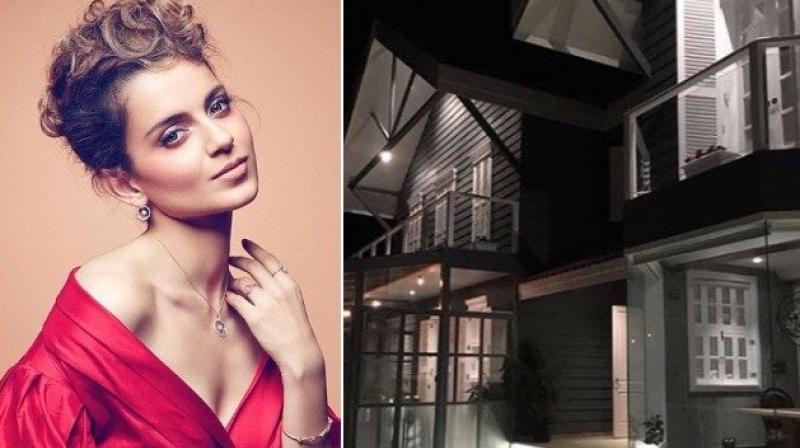 Kangana Ranaut and her Manali bungalow.

Mumbai: Kangana Ranaut has acquired the title of ‘Queen’ in Bollywood, but unfortunately, she has failed to make a mark since 2015, as she has given back-to-back disasters in ‘I Love New Year’, ‘Katti Batti’, ‘Rangoon’ and ‘Simran’.

However, that doesn’t seem to have affected her fan following, as Mid-Day reports that even before her Manali bungalow gets the final touches, fans have been clicking selfies with the bungalow and neighbours have been extending their help to make the actress feel at home.

The report says that locals are taking selfies outside the bungalow and neighbours have been extending a helping hand, by sending milk, vegetables and foodstuff to make her stay comfortable in the new place.

On Kangana’s reaction, the daily says that the Himachal ki beti, Kangs is touched by the love she has been receiving from people.

Kangana is currently shooting for her dream project ‘Manikarnika: The Queen of Jhansi’. Apart from that, she has been announced as a part of ‘Zindabaad’ with Ranbir Kapoor and ‘Jaljeera’ with ‘Life Of Pi’ actor Suraj Sharma.