‘Krishna is a strict director’

The hands-on father shares how their relationship is more than that of a traditional father-daughter’s. 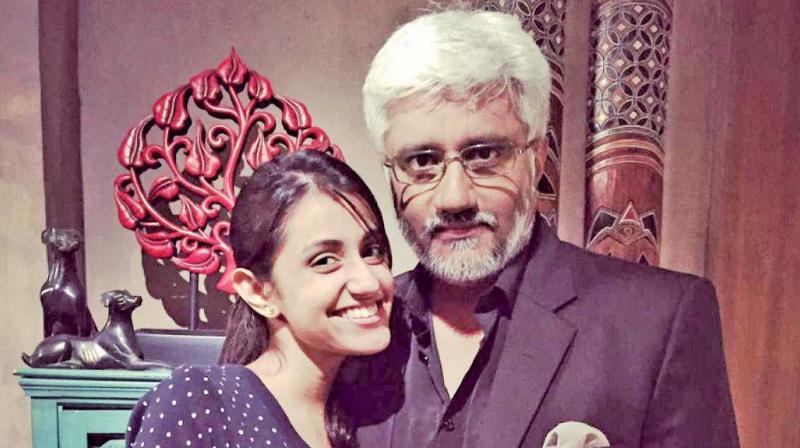 Director Vikram Bhatt, who is busy promoting 1921, is also awaiting the release of his daughter Krishna Bhatt’s web series Untouchables.

Director Vikram Bhatt, who is busy promoting 1921, is also awaiting the release of his daughter Krishna Bhatt’s web series Untouchables. And Vikram, who also has acted in the web series himself, shares that they have a different approach when it comes to direction.

“Krishna is a very strict director. On the sets, she frankly tells me how to perform. If she does not like my performance, she will sternly ask me to do  it the way she wants it. I have no choice but to listen and follow her as the captain of the ship. Also, I don’t go on the sets when I am not required,” he smiles.

The hands-on father shares how their relationship is more than that of a traditional father-daughter’s. “Krishna and I have a very friendly relationship. We discuss anything and everything under the umbrella that a human being has to go through. Usually, girls are more comfortable discussing things concerning their physical hiccups to their moms. But she loves to discuss everything with me,” he laughs.

On his movie 1921 releasing on January 18, Vikram maintains that the film is not erotica but horror. “I am at a juncture in my life where I don’t need to make a film to sell; I make what allures me. But unfortunately, I am always asked why I only make horror films. Thing is, every director has his or her own brand. Like Imtiaz Ali makes his romantic tale and some stick to political thrillers. So when I stick to horror, why should people question me?” he asks.