Lagaan actor Shrivallabh Vyas passes away at 60 after prolonged illness

Aamir Khan not only helped the family financially, but also visited them in February while shooting for ‘PK’. 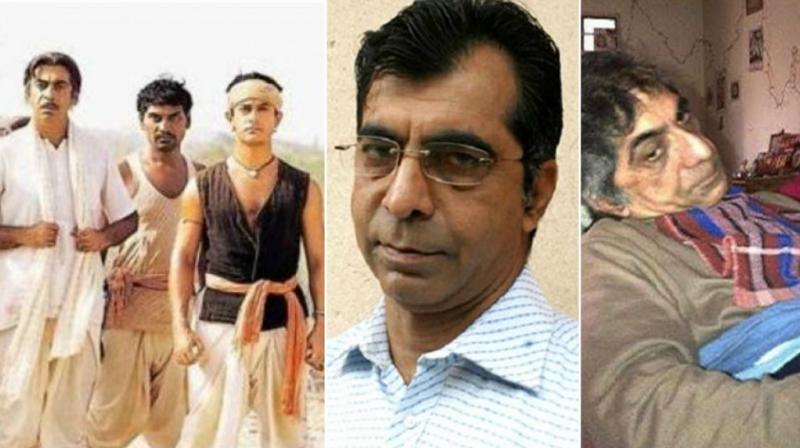 Mumbai: Shrivallabh Vyas, an alumini of National School Drama and Television and Bollywood actor, died at the age of 60 in Jaipur on January 7, 2018. He breathed his last at 9.30 am and the last rites took place in the evening, claim sources to Hindustan Times.

In 2008, the actor reportedly suffered a brain stroke followed by a paralytic attack while shooting for a film in Gujarat. He fell in the middle of the night, only to be found profusely bleeding the next morning. The actor was later operated on and he had become bed-ridden. His family, his only wife, couldn’t afford his treatment, which is why they relocated from Mumbai to Jaisalmer and later Jaipur for the treatment.

But this did not happen without any difficulties coming their way. Already facing financial crunches, the actor’s wife Shobha approached the Cine and TV Artists Association (CINTAA) for financial help, as the association has a trust for the actors, but she was up for disappointment. The only support the family had was in Vyas’s co-actors Irrfan Khan, Manoj Bajpayee and Aamir Khan.

Aamir not only helped the family financially, but also made it a point to visit the family in February while shooting in Jaipur for ‘PK’. Shobha once said, “It’s because of him we can afford a three BHK flat, medical expenses, fees for my daughters and other expenses.”

Shrivallabh Vyas is survived by his wife Shobha Vyas and two daughters.