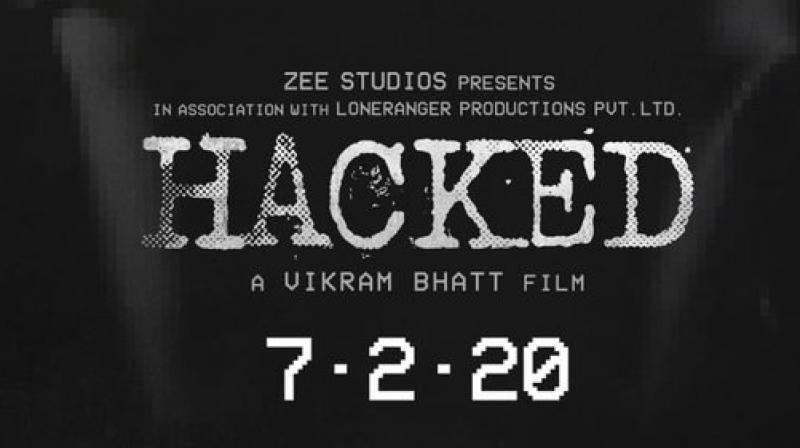 Mumbai: Director Vikram Bhatt's next, a stalker thriller titled "Hacked", is all set to hit the screens on February 7, the makers announced on Wednesday.

The film, to be released by Zee Studios, features Hina Khan, Rohan Shah, Mohit Malhotra and Sid Makkar. "I have put aside the horrors of the spirit world to talk about the horrors of the real world and our vulnerable lives on the Internet is one such horror. It just takes one Hacker with enough motivation to ruin your life," Bhatt said in a statement.

The filmmaker said "Hacked" is about a single woman and an obsessed hacker. "My association with Zee has been an old one. Way back in 1996 it was with Zee that I had my first hit film, 'Fareb'. I am delighted to have Zee Studios as my partner for 'Hacked'. It's a new beginning with my old partners," he added. It is produced by Amar Thakkar and Krishna Bhatt.