Entertainment   Bollywood  08 Feb 2018  Baaghi 2: Jacqueline to step into Madhuri Dixit’s shoes for Ek Do Teen; but why?
Entertainment, Bollywood

Baaghi 2: Jacqueline to step into Madhuri Dixit’s shoes for Ek Do Teen; but why?

Tiger Shroff and Disha Patani starrer ‘Baaghi 2’ has been in the news for the leaked action scenes from the sets. 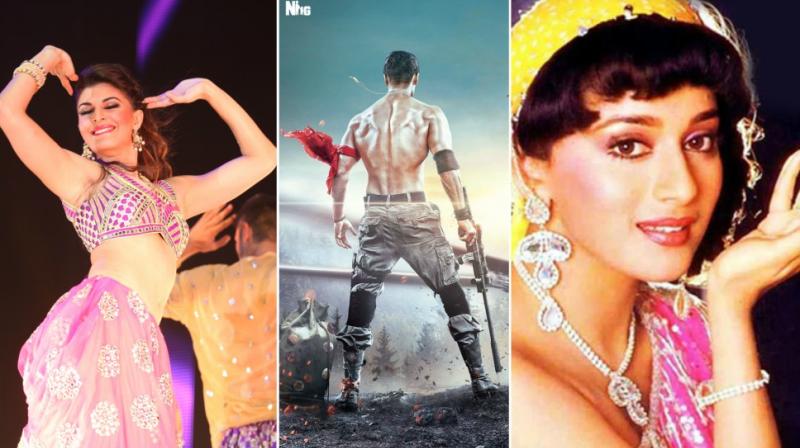 Jacqueline Fernandez dances at an event, Tiger Shroff in 'Baaghi 2' poster, Madhuri Dixit in a photoshoot for 'Tezaab's song 'Ek Do Teen'.

Mumbai: Tiger Shroff and Disha Patani starrer ‘Baaghi 2’ has been in the news for the leaked action scenes from the sets. The latest update on this is that Jacqueline Fernandez will be recreating Madhuri Dixit’s iconic ‘Ek Do Teen’ dance moves. Yes, we also wonder why? But let’s get to that later.

The song this time will be choreographed by Ganesh Acharya. The original dance moves were helmed by Saroj Khan.

Talking about the same director Ahmed Khan told Mumbai Mirror, "There will be three choreographers on the set today, that’s a picture perfect moment in itself! It’s an all-time favourite and I have asked Ganesh to retain Saroj ji’s famous hook steps and Manish Malhotra to keep Madhuri Dixit’s pink outfit in mind while designing Jacqueline’s costume. I want the same feel of the earlier song that still looms large on everyone’s mind and also the same vibe, with the crowds chanting ‘Mohini, Mohini’ as Madhuri takes the stage."

Reminiscing about the iconic number, Saroj Khan recalled, "It all happened a long time ago, all that I remember is that Madhuri was a trained in Kathak dancer but had problems adapting to Bollywood style latka-jhatkas during her previous film Uttar Dakshin. Being a dancer myself, I choreographed the song in 20 minutes flat, but Madhuri found it difficult to shake her hips the way I wanted. We had intense rehearsals for 17 days before the shoot and Madhuri would diligently practice for 10 am to 10 pm every day."

Given that Jacqueline is a good dancer, but she is known for sexy moves with a lot of skin show. Her dance steps turn into sensuous moves, and it gets difficult to think of Jacqueline as someone even close to what Madhuri Dixit was in the ‘Tezaab’ song.

More so, Jacqueline doesn’t have a full-fleged role in ‘Baaghi 2’, so she will probably perform on the song for either Tiger Shroff or the villain, which loses the flavour of the original song, which was a wait for Madhuri’s true love Anil Kapoor.

It definitely looks like another classic is going to be ruined yet again for the audiences. When will the filmmakers let iconic scenes and dance numbers be and rather show their originality?