Is something brewing between Alia Bhatt-Ranbir Kapoor?

A source in the know says it is quite natural for the two to come closer. 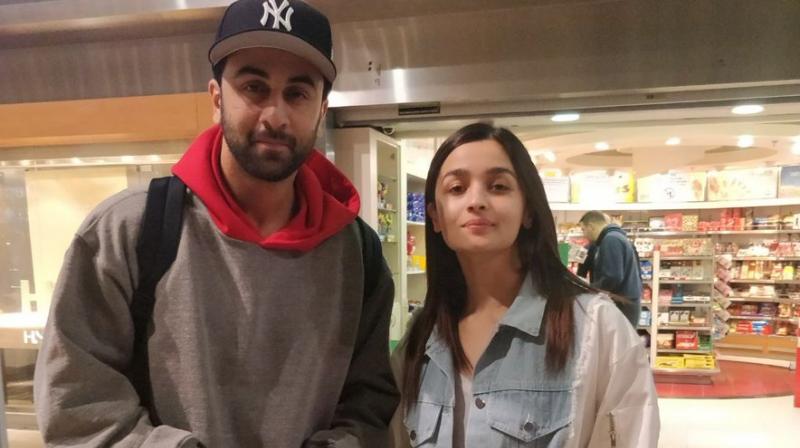 If sources are to be believed, the two seem to be increasingly fond of each other. But if Ranbir’s relationship history is anything to go by, Alia needs to be wary.

She is young, vivacious, and one of the most promising stars of our generation. He is handsome, talented and, umm, quite the man. They are both single.

And, from all the gossip emanating from the floors of Ayan Mukherjee’s superhero spectacle Bramhastra, it looks like the two — Alia Bhatt and Ranbir Kapoor — have developed a mutual fondness for each other.

A source in the know says it is quite natural for the two to come closer. “He had a long relationship with Katrina Kaif, and then a brief, growing friendship with Pakistani actress Mahira Khan. He was pausing for a breather but Alia’s presence has kind of rattled him. Alia too is getting over a heartbreak with Sidharth Malhotra and is in a vulnerable state at present.” There is definitely friendship between them, he added.

This friendship is budding under the keen eye of Brahmastra producer Karan Johar, who is not just Alia’s mentor, but is close to Ranbir as well, he said. Ayan, the movie’s director, is also Ranbir’s best friend, and was his support system through the actor’s relationship with Katrina.

While the atmosphere is conducive for the friendship to move a step ahead, one wonders if Alia should be a little circumspect. Our source says, “Hearts have been broken around him. He has wooed, loved and unfortunately parted ways with the women he has been involved with. Some were ready to set aside their careers to set up home with Ranbir. He simply moved on… and now it’s Alia. If she’s really getting close to him, she’s looking for trouble. She’s going to get hurt real bad.”

One hopes this friendship too doesn’t lead to heartbreak.