The film sees Nawazuddin and Sanya sharing the screen for the first time. 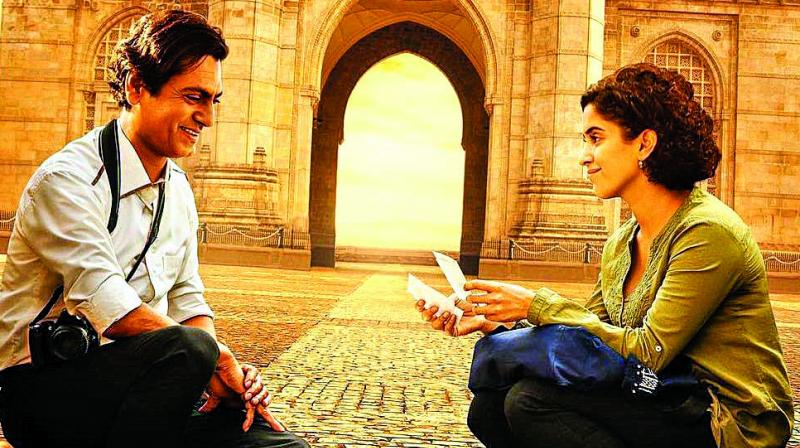 During the course of the film, the pair develops a connection that transforms them both in unexpected ways.

After the huge critical success of 2013 romance-drama The Lunchbox, Filmmaker Ritesh Batra went on to make Robert Redford-starrer American drama Our Souls At Night and British-American mystery drama The Sense of an Ending. The filmmaker is back and with a bang with his latest film ‘Photograph’ making to the leading film festivals around the globe.

Starring Nawazuddin Siddiqui and Sanya Malhotra in the lead roles, the film follows a struggling street photographer, who is under pressure to get married by his grandmother, as he convinces a shy stranger to pose as his fiancée. During the course of the film, the pair develops a connection that transforms them both in unexpected ways.

The film sees Nawazuddin and Sanya sharing the screen for the first time.

Talking about casting them, Batra says, “Nawaz has a real innocence about him that he brings to the character and Sanya has a way of saying things without words. She’s a very meticulous and detailed performer. So, they fit these parts, I was lucky to find them.”

Sanya Malhotra, who was last seen in the blockbuster Badhaai Ho, is essaying the role of an introvert college girl who performs really well in her exams. And, with this film, Celebrated actor Nawazuddin Siddiqui marks his second association with director Ritesh Batra -—the first being The Lunchbox.

“The movie is really about the corners of our heart that only others can help us find. These two actors do a wonderful job of revealing and keeping things from us,” adds Batra.

The movie was recently presented and screened at esteemed film festivals like Sundance Film Festival and Berlin International Film Festival.