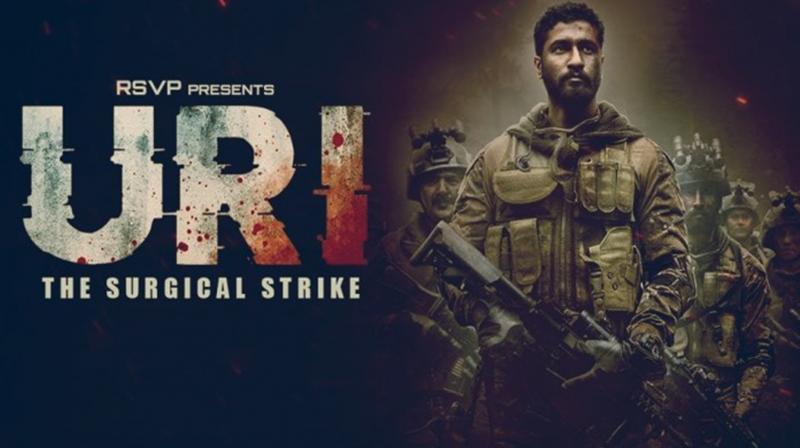 Mumbai: Vicky Kaushal's  'URI: The Surgical Strike' creates a milestone as it enters the 200 crore club with all the glory, the Indian military drama has no plan to stop its victorious journey at the box office.

In its fourth week looking at the feedback and reactions of audiences RSVP's first release of this year, URI: The Surgical Strike is still receiving the great response at the box office after crossing the 200 crores mark.

URI: The Surgical Strike has made Rs 2.20 crore on Thursday, taking the India collections to Rs 200 crore at the end of its fourth week.

Uri: The Surgical Strike is based on the surgical strikes which were carried out by the Indian army in 2016. Besides Vicky Kaushal, the film also features Yami Gautam, Paresh Rawal, Kirti Kulhari and debutante Mohit Raina. The film has been directed by Aditya Dhar and it has been produced by Ronnie Screwvala.

Produced by RSVP movies and directed by Aditya Dhar, the film has Vicky Kaushal, Yami Gautam and Paresh Rawal in pivotal roles. Uri: The Surgical Strike has hit the screens on 11th January 2019 and running successfully on the box office in its fourth week.