Sonam and Anand’s wedding along with Deepika and Ranveer’s wedding has been the talk of the town since some time. 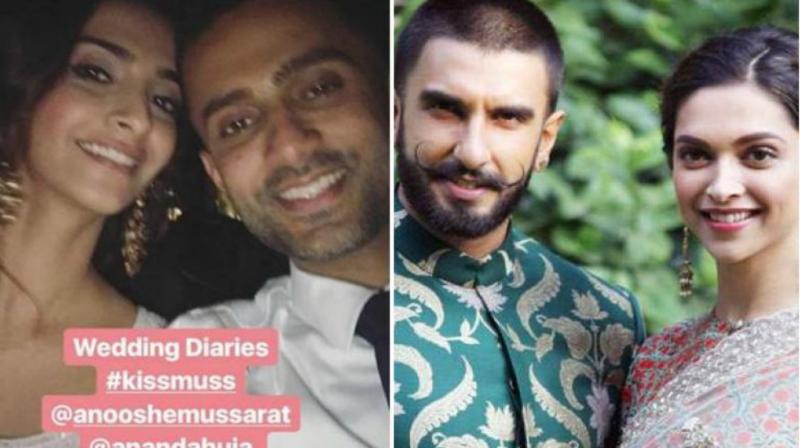 Mumbai: Sonam Kapoor and Anand Ahuja’s wedding along with Deepika Padukone and Ranveer Singh’s wedding has been the talk of the town ever since Virat Kohli and Anushka Sharma got married in December.

It is being believed that both the celebrity couples will get married by the year end, and now it appears that both of them might pick Switzerland as their wedding destination.

A friend of the actress told DNA, “Most of us are flying out of Mumbai. Anand’s family and some of Sonam’s relatives will probably fly from Delhi. The marriage and other ceremonies are being planned as a two-day affair. But, we have to leave room for some impromptu events. I’m planning to keep myself free for at least four days, not to forget the to and fro travel.”

Brand ambassador of Switzerland Ranveer Singh, if a report on Mid-Day is to be believed, has been approached from the country's officials to get married there.

Ranveer Singh and Anushka Sharma were reportedly dating when they began their career. They have been cordial but looking at Ranveer getting inspired by his alleged ex is quite interesting.