Also starring Vicky Kaushal, ‘Raazi’ will see Alia and her mother Soni Razdaan in the same movie for the first time. 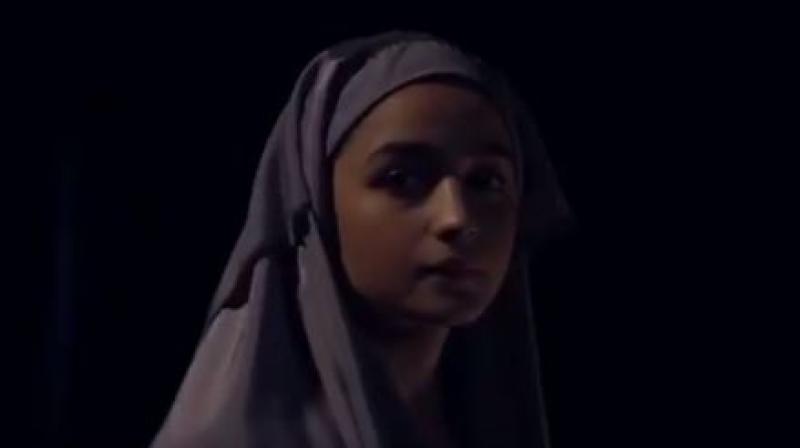 Alia Bhatt in a screenshot from the announcement video.

Mumbai: Alia Bhatt has been super excited for the release of ‘Raazi’, which is directed by Meghna Gulzar.

The actress was counting days to the movie’s release, and now, suddenly, she announced the trailer day of the movie, that too in a very discreet manner.

While conversing with someone on the call, Alia says ‘Parso mil rahe hai subah’ thus hinting at the trailer’s launch.

Produced by Dharma Productions, also starring Vicky Kaushal, ‘Raazi’ will see Alia Bhatt and her mother Soni Razdaan in the same movie for the first time. ‘Raazi’ is slated to release on May 11.