The whole squad is getting trained under legends Balvinder Singh Sandhu and Mohinder Amarnath share their guidance to the team. 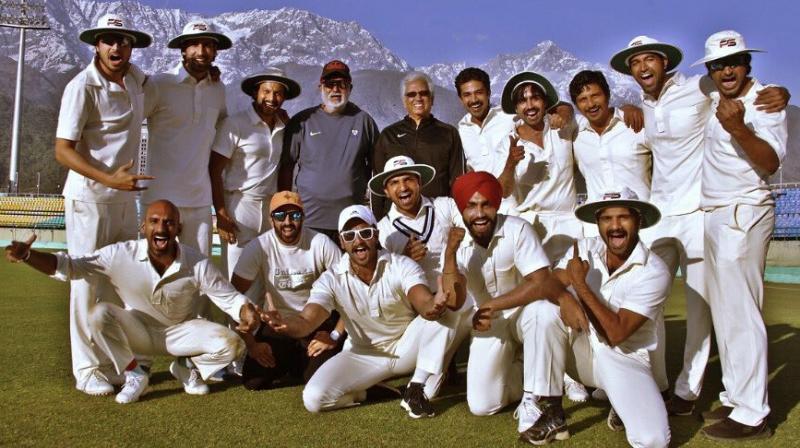 Mumbai: Ranveer Singh and team is preparing for their upcoming film 83 in Dharamshala. Ranveer Singh and the whole squad is getting trained under legends themselves as Balvinder Singh Sandhu and Mohinder Amarnath share their guidance to the team.

Actor Ranveer Singh took to his social media and shared a group picture where the whole squad along with the director Kabir Khan poses with Balwinder Singh Sandhu and Mohinder Amarnath. Sharing a solid group picture Ranveer Singh wrote, "JIMMY!!! 🏏👑 It’s the one & only, Champion of Champions #MohinderAmarnath!!! @saqibsaleem @83thefilm @kabirkhankk #journeybegins."

A few days ago, Ranveer Singh shared a picture with Kapil Dev, the legend himself is training Ranveer and his team to reprise the 1983 Cricket World Cup win.

Recently, the star-studded cast of one of the most anticipated films '83 took a deep dive into the film is creating splashes quite literally as the actors share their playful pictures from Dharamsala. After training in the city, the cast and crew of the film will head to London for the shoot.