Entertainment   Bollywood  08 Apr 2019  Janhvi Kapoor is up for a double-role challenge
Entertainment, Bollywood

Janhvi Kapoor is up for a double-role challenge

Actress Janhvi Kapoor would be essaying a double-role in her upcoming film Rooh-Afza, one of which is that of a ghost. 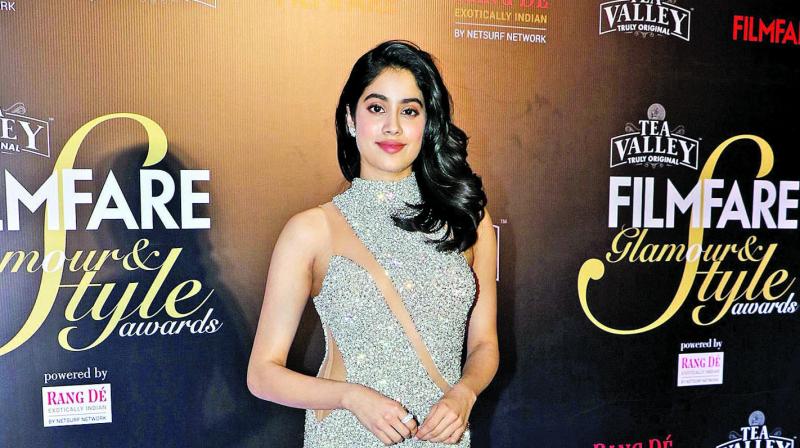 Friends advised Boney Kapoor not to let his daughter Janhvi Kapoor play a double-role so early in her career especially since her mother Sridevi’s legendary double-act in Chaalbaaz would be taken as a reference point. But Janhvi feels she is more than up to the task, especially since one of the two roles in Rooh-Afza is that of a ghost.

Says a source close to the Kapoors, “Janhvi is the first Kapoor in her family from her generation to play a double role. Prior to this, her mother (Sridevi) and her uncle (Anil Kapoor) have done double roles in Chaalbaaz and Kishen Kanhaiya, respectively. But Janhvi is not going to model her performance on her mother at all. She will do her own thing.”

Apparently, the two characters would be fun versions of actress Sadhana in the film Woh Kaun Thi. In the iconic film, the legendary actress had played a double role including that of a ghost.

Dimple Kapadia who played a ghost in Gulzar’s Lekin never blinked on camera during the film’s shooting. “A ghost never blinks,” Dimple had informed sagely. We hope you are listening, Janhvi!