Many Bollywood stars attended the pre-mehendi ceremony held on Sunday. 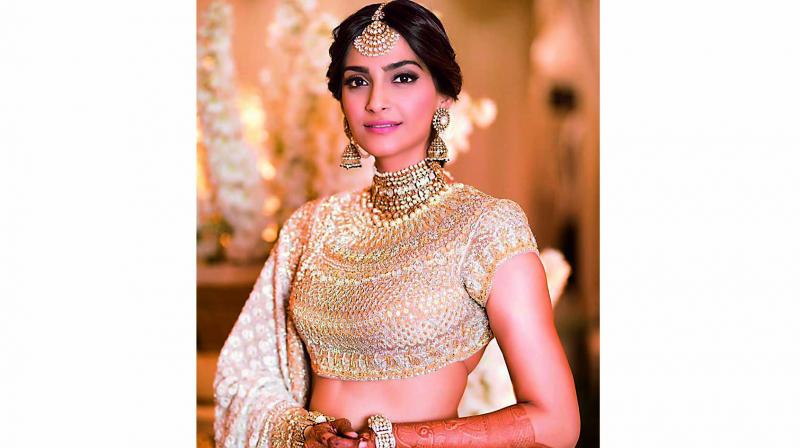 Sonam at her mehendi ceremony on Monday

#Khoobsurat #Looteri Dulhan caught red handed at mehendi for #SonamKiShaadi before she boards #Dolly Ki Doli. Well, this could have easily been the tagline for her next film Veere Di Wedding as well. Bride-to-be Sonam Kapoor looked resplendent at the pre-mehendi bash and celebrations at her house on Sunday a day before the formal mehendi celebrations took place at Sunteck, Signature Island at the Bandra Kurla Complex in Mumbai. 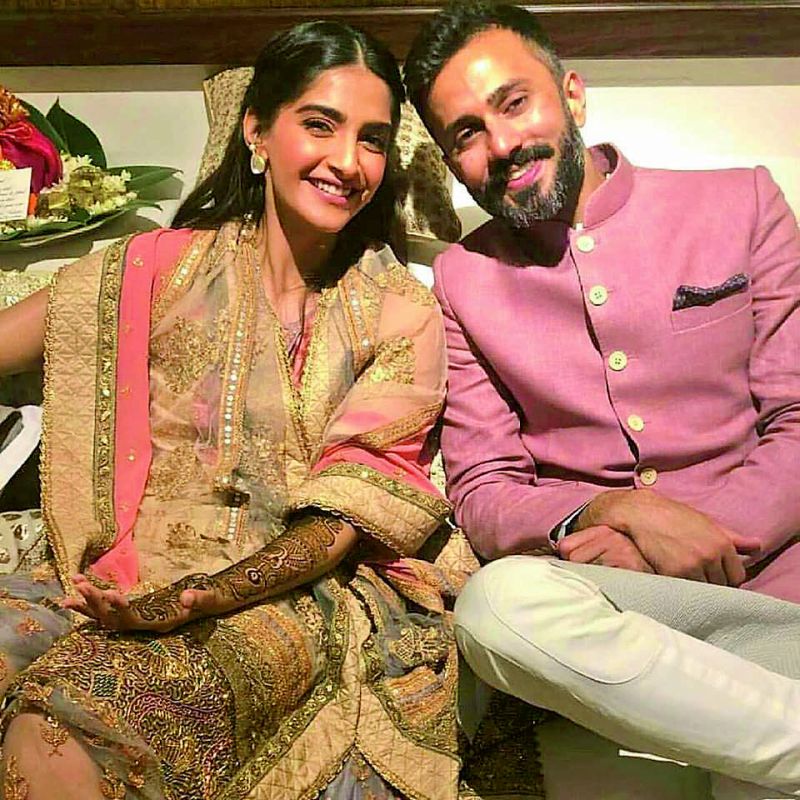 Sonam Kapoor and Anand Ahuja at the ceremony

Sonam and Anand Ahuja were colour-coordinated in pink outfits for the function. The mehendi ceremony will also be followed by a Bollywood-inspired sangeet celebration for the star-couple. Celebrity choreographer Farah Khan has been reported to be planning the performances.

Sonam’s family and a few Bollywood friends were present at the do on Sunday. Incidentally, the Sonam Kapoor wedding hashtag is #everydayphenomenal which was shared by most of the invitees on social media. Cousin Arjun Kapoor, brother Harshvardhan Kapoor, uncle Sanjay Kapoor with wife Maheep Sandhu Kapoor, uncle Boney Kapoor cousins Janhvi, Khushi and Anshula were also present.