Throwback: This Big B-Dharmendra pic from Sholay will give you friendship goals

Bachchan took to Instagram to share a picture with Dharmendra from the sets of their iconic film 'Sholay.' 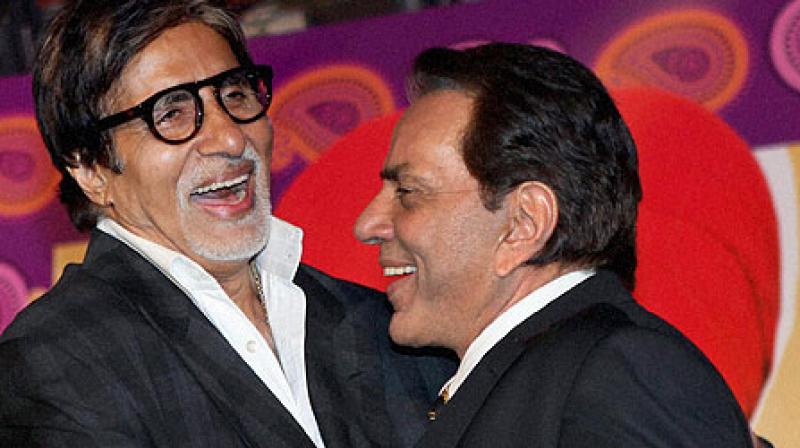 Amitabh Bachchan and Dharmendra's characters of Jai and Veeru are still fresh in the minds of viewers.

New Delhi: It has been more than 41 years since filmmaker Ramesh Sippy's directorial 'Sholay' got released. Megastar Amitabh Bachchan, on Saturday, walked down memory lane and shared a black-and-white picture with co-star Dharmendra.

The photo was taken while the duo rehearsed for a scene. Big B captioned the Instagram image as, "Rehearsing for SHOLAY .."

The ' Pink' star and Dharmendra are two of Bollywood's most iconic actors who've had a terrific and illustrious career in the film industry.

The duo, who have appeared in other films like 'Naseeb' and 'Chupke Chupke' together, continue to remain friends.

On the work front, the 'Shahenshah' of Bollywood will next be seen in '102 Not Out' and 'Thugs of Hindostan'.