Even as videos of a journalist taking on Kangana went viral, sister and mouthpiece Rangoli Chandel jumped into the fray, adding fuel to the fire. 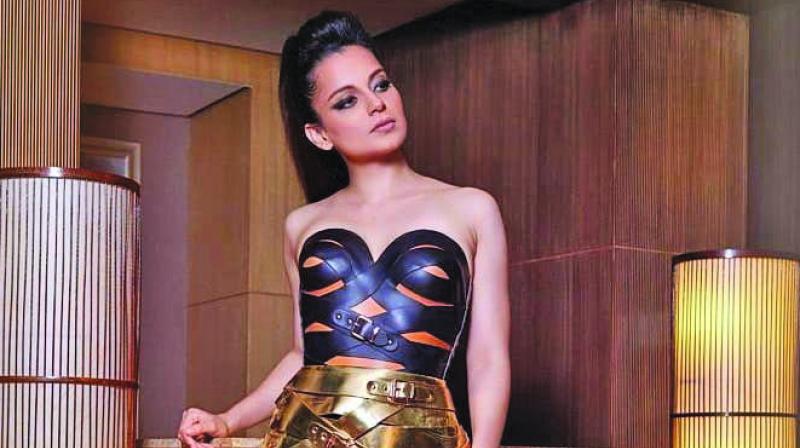 In a 2013 interview, Kangana Ranaut had famously said that she doesn’t let success or failure get into her head. But that doesn’t seem to be the case anymore. Vindicated by the success of her much controversial biopic Manikarnika, there is no stopping Kangana anymore. The actress and her ‘spokesperson’ sister take offense and go on an offensive at the slightest pretext nowadays. But the recent chain of events has raised the hackles of many in the film and media fraternity. At the press meet of a song launch event from her upcoming movie Judgemental Hai Kya, the actress bashed a journalist even before he could attempt to ask a question to her. In a widely-circulated video, the Queen actress is seen accusing the journalist of leading a smear campaign against her, as he reviewed her last outing Manikarnika negatively.

Needless needling!
A source present at the meet confirms that the actress said to the journalist in question, “Justin, tum to hamare dushman ban gaye ho yaar…. badi gandi batein likhte ho. Tum kitna ganda sochte ho! Tum itni gandi soch rakhte ho (Justin, you have turned into my enemy. You write such bad stuff about me. How can you even think of writing such bad stuff?)” Further, Kangana said to the entertainment journalist from PTI, “You are bashing my film Manikarnika. Have I made a mistake in making that film? You are calling me a jingoistic woman who is making a film on nationalism. Is it a mistake for me to make such a film?”

The incident, which has irked the media fraternity and rational viewers, can perhaps be best expressed by the reaction of the journalist in question, who retorted to her, saying, “This is not the right way to intimidate a journalist just because you are at such power and position.”  And while the heated exchange continued, one could see the film’s producer Ekta Kapoor and lead Rajkummar Rao quietly watching the spectacle. 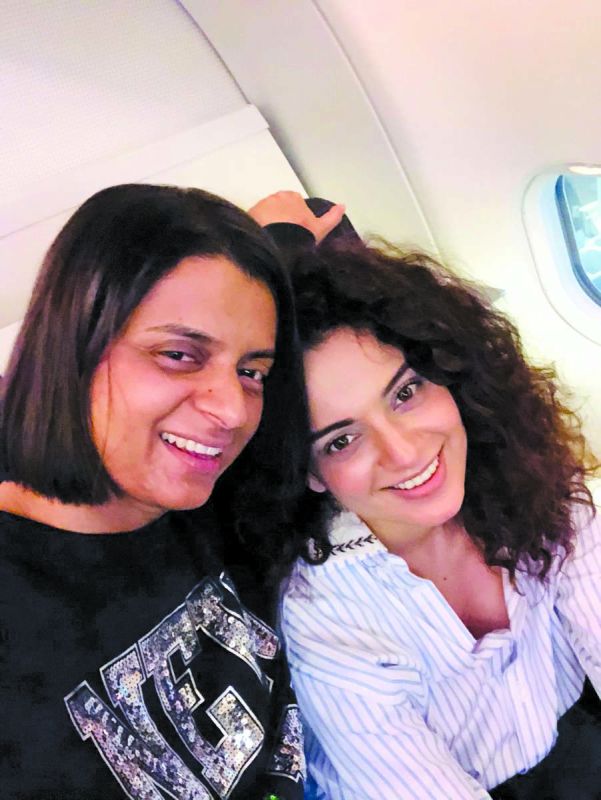 Tiresome talk
The actress and her sister Rangoli Chandel have constantly been mired in controversies for making abrupt accusations on other celebrities via the latter’s Twitter feed. But this time, the buttons were pushed when she actually questioned the journalist about the ethics of his job.

Says a source from the industry, “As an actress, Kangana has to be open to both praise and criticism. Why does she have to take all criticism seriously? She is a fine actress and needs to let her action do the talking, not her tongue. Also, she should ask Rangoli to shut up. Enough of being her mouthpiece.”

Mouthpiece or motormouth?
Meanwhile, Rangoli, who has earned a notorious reputation for her baseless accusations, has time and again, invited the ire of people from the entertainment industry. What’s intriguing is the amount of effort Rangoli takes to put down those who cross her and her sister.   Most recently, she went on to support the controversial movie Kabir Singh, saying Gully Boy is more offensive than the former. She has also constantly trolled Alia Bhatt, even making snarky comments about her mother Soni Razdan and her relationship with Ranbir Kapoor. This time, she used her trusted handle to rain abuses at the journalist calling him ‘cheap’, ‘double-faced’ among other unprintable names before putting out old social media posts from the journalist’s timeline and his exchanges with Kangana on the public platform.

Psychologists’ take
According to psychologists, this kind of behaviour resorts to using attack as a form of defense. Dr. Kersi Chavda, former President of Bombay Psychiatrist Society, says, “It’s absolutely difficult for us to find out what’s actually happening because it’s a conjecture. But perhaps attacking somebody is the best way of defending yourself. And then the entire reason, which the subject was dealing with, gets circumvented. That becomes a strategy for diverting people’s attention.”

The use of social media as a platform also helps. “Social media allows you to do it without confronting the person, or talking face to face, and with Twitter, you can do it anytime, anywhere. This sort of personality is called an avoidant personality, where people are not able to have good confrontational skills, and they resort to anonymity or unreachability through social media,” says psychiatrist Dr. Alpes Panchal. However, since it’s an individual’s personal expression that cannot be stopped, Dr. Panchal suggests using one’s good judgement.

The media stand
As far as the incident goes, a source close to the development suggests that now, the forces of the movie should be at a stage of damage control. “Kangana has crossed the line this time and a few senior media people are planning to meet Ekta Kapoor and will ask Kangana to apologise because this is no way to behave. The media will stand united this time around.”