Dharmendra and Shatrughan Sinha shoot together

The two actors are all set to share screen space after two decades in Yamla Pagla Deewana: Phir Se. 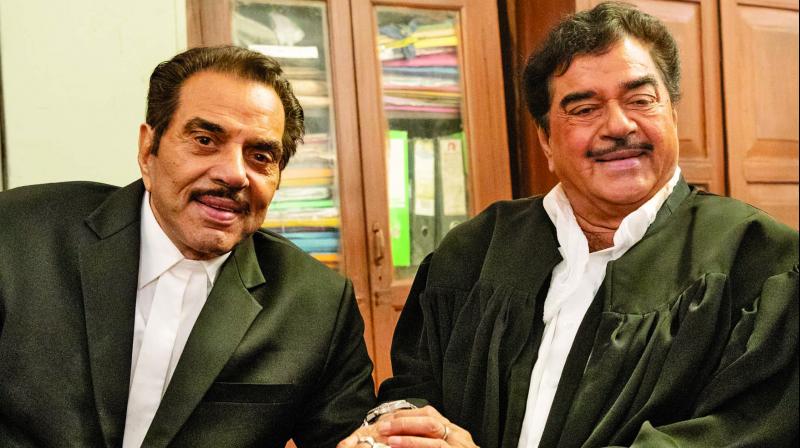 Veteran actors Dharmendra and Shatrughan Sinha, who last shared screen space in the 1998 film Zulmo Sitam, are all set appear together in the upcoming film Yamla Pagla Deewana: Phir Se.

While Dharmendra plays a lawyer in the film, Sinha plays a judge. The actors shot their scenes just a few days ago, and they were left feeling nostalgic. “Shatru is like a younger brother,” Dharmendra said.

A source reveals, “The two were seen bonding. They have not worked together for two decades, and they brought the house down discussing their tales from the days of yore.”

Dharam and Shatru were first seen together when they made special appearances in Hrishikesh Mukherjee’s film Guddi. Years later, they both played important roles in the 1973 film Jheel Ke Us Paar, after which they went on to do films like Dost, Blackmail and Teesri Aankh.