Entertainment   Bollywood  08 Aug 2018  Here are all the key details you should know about Indian Film Festival of Melbourne!
Entertainment, Bollywood

Here are all the key details you should know about Indian Film Festival of Melbourne!

The largest film festival in the Southern Hemisphere begins the celebration of cinema with a star studded opening night on August 10. 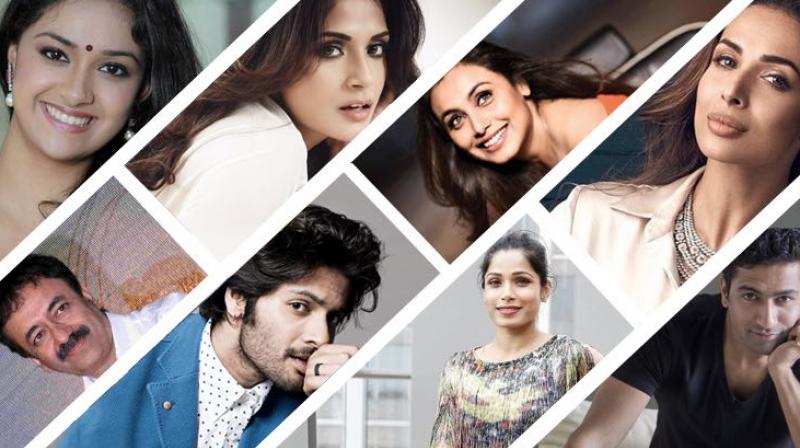 12th August will see the most looked forward to event, The Indian Film Festival of Melbourne Night.

Mumbai: The Indian Film Festival of Melbourne is all set to kick off its festivities this Friday, 10th of August. This year promises to be larger than ever with events, Q&A’s, Panels, a glorious Awards Night, a edgy Dance Competition and a Flag Hoisting that always ensures goosebumps with the biggest names doing the honours each year. The festival gives a chance for film lovers across Australia to learn, enjoy and critique the best films of 2017-18 and also a chance to meet their favourite actors/ directors/ writers personally.

The award winning largest film festival in the Southern Hemisphere begins the celebration of cinema with a star studded opening night where the Australian premiere of Tabrez Noorani’s Love Sonia will be screened on 10th of August . The Director Tabrez Noorani, actors Manoj Bajpayee, Frieda Pinto, Richa Chadha and Mrunal Thakur will also be present. Fans and supporters can watch Rani Mukerji hoist the Indian national flag at Melbourne’s iconic federation square on 11th August alongside the Mayor and High Commissioner of the city. After which they can groove to some Bollywood moves as Malaika Arora Khan, Nikhil Advani, Avtar Panesar judge the Bollywood Dance Competition. When asked The 11th of August is a full day of IFFM events with over 5 Panel discussions with India’s best and most experienced film talent who will be present to discuss their lives, struggles, anecdotes and successes. Everyone from Raj Kumar Hirani, one of India’s most loved directors to superstar Rani Mukerji, international faces like Ali Fazal and Freida Pinto and trade analyst Taran Adarsh will be present to talk cinema, cinema and more cinema.

12th August will see the most looked forward to event, The Indian Film Festival of Melbourne Night. Everyone from Amitabh Bachchan to Rishi Kapoor have been part of this glamorous evening where Jury members like Sue Maslin, Simi Garewal and Nikhil Advani, who will be a Jury member for the first time, pick the most deserving winners in every category. When asked Nikhil Advani on his first time as a jury member he said, “From its very inception I have had a wonderful relationship with the festival. This is my third time here and It’s always a delight to be part of IFFM. To see Indian films being celebrated and being recognised majorly in the land down under for me as a filmmaker is very rewarding. And this time I’m ecstatic to be on the jury alongside some legendary names including the iconic Simi ma’am, and a talented bunch including the likes of Sue Maslin and Geoffrey Wright.” The iconic music duo, Sachin – Jigar will also be performing at the awards night.

Apart from the events, film lovers will definitely throng to see India’s best films being selected and screened across the city. One such film is block buster hit Sanju. Not only will audiences get a chance to see Sanju but can see ‘Kamli’ aka Vicky Kaushal up close as well. This is Vicky Kaushal’s first time at the festival and he will be present for the Q&A and Panel discussion with his director Rajkumar Hirani. The Sanju actor said, “It’s going to be my first time in Melbourne and I’m so happy that the reason for it is the prestigious IFFM. I’m looking forward to being there with the team of our special film ‘Sanju’. Can’t wait to interact with the cinema lovers in Melbourne.”

Saving the best for last, here are some films one will get to see at the festival, some of which are even having their Australian Premiere. Films like Nude, Jonaki, Bhasmasur, Teen aur Aadha, Village Rockstars, Sir, The Extraordinary Journey of the Fakir, and Cycle are all films that will be screened for the first time in the land down under. Other films like Gali Guliyan, Balekempa, Juze, Chumbak, Ascharya F**kit, Ralang Road, Thondimuthum Driksakshiyum, Bhayanakam are a few must watches.

IFFM for the first time also has a children’s section that will allow all age groups to enjoy and appreciate cinema from a young age. The festival is doing its best at promoting Indian cinema on a global stage and we hope it converts more and more cinema goers into Indian cinema lovers.