Though known for topical films, he wouldn’t mind doing films with songs and dancing. 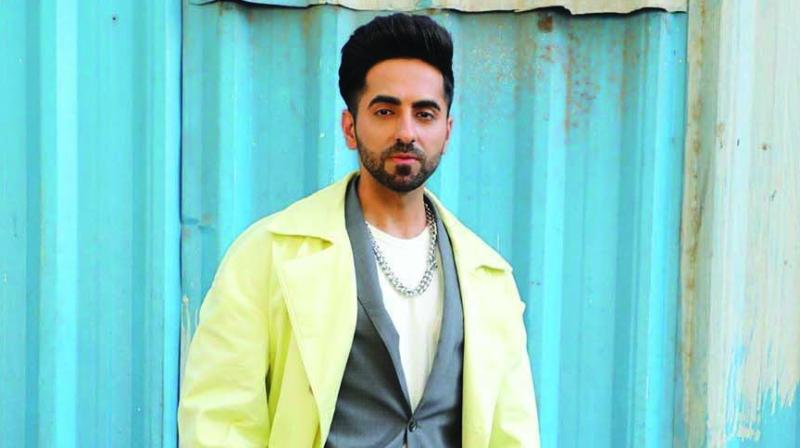 Ayushmann Khurrana is constantly looking for scripts that challenge him. With Anubhav Sinha’s Article 15, a stunning exposition on the notorious caste system, the actor seems to have arrived at a stage in his career where there is no turning back.

He laughs, “I guess I am now identified with relevant cinema, and that’s a place I enjoy occupying. When I started, I was not a stranger to socio-political relevance in my work. I had done a serious issue-based theatre before films. So Vicky Donor, Shubh Mangal Savdhan, Badhai Ho and Article 15 was a natural progression from one medium to another.”

Was he surprised by the strong reactions to Article 15? “Not really. We expected the film to kick up a controversy and knew it would ruffle feathers. The caste system is something that has bothered me for a long time. Inequality in society is a subject that cinema has never dealt with fairly; it has always been hush-hush. Anubhav sir brought it out into the open,” he says.

Though known for topical films, he wouldn’t mind doing films with songs and dancing. “We have a long tradition of singing and dancing to express emotions. I am doing a film Dream Girl, where I play a heterosexual man who is equally comfortable in men and women’s clothes. It harks back to the traditional Ram Leela staged in rural areas. Even today, men play both male and female roles in these performances. A film like this will have music nicely fitting in, even when the subject is authentic and the treatment is rooted in authenticity,” he explains.

He further reveals the musical plans for Article 15. “We had recorded songs. In fact, there was a romantic track for my girlfriend in the film. But somehow it seemed to distract, and sir felt that songs couldn’t fit in. But I don’t think music and realistic cinema are mutually exclusive. Badhaai Ho was another real film and had songs.”

Ayushmann’s romance with realism will continue in his forthcoming films. “In Bala, I play a young man who goes bald. It can be a terrible nightmare for someone afflicted with baldness,” he concludes.