Entertainment   Bollywood  08 Aug 2019  Thrill at its peak with the new poster of Saaho, trailer to be out on this day
Entertainment, Bollywood

Thrill at its peak with the new poster of Saaho, trailer to be out on this day

The hype is getting real and the frenzy is over the top as the Saaho universe comes nearer to us. 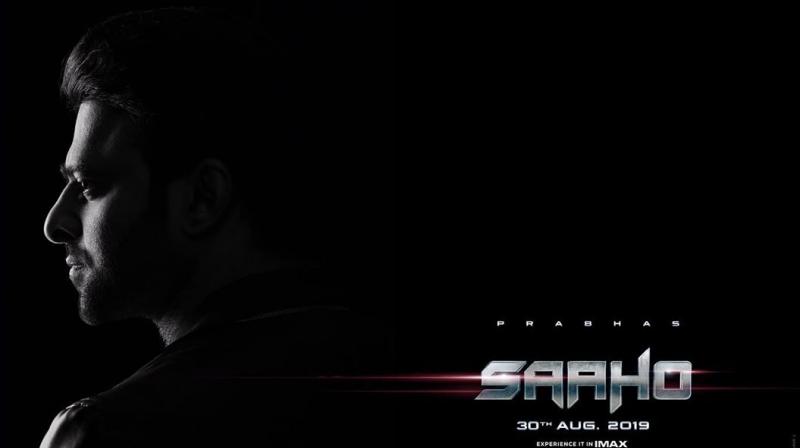 Mumbai: The hype is getting real and the frenzy is over the top as the Saaho universe comes nearer to us. In the latest update, the makers of Saaho have released yet another intriguing poster announcing the Saaho trailer release on 10th of August. The makers have been building the air around the upcoming magnum opus and each poster and song release has been received with thunderous majority. Audience is looking forward to the trailer, to get a sneak peak of the thrilling adventure they are about to enter into.

The fans have been bombarding the actor’s feed with queries, excitement, wishes and love leading up to the fact that Saaho trailer is all set to enthrall the fans and receive humongous appreciation.

Fans are already gearing up to meet their heartthrob Prabhas who is getting ready for a 5-city tour for this upcoming trailer launch of Saaho. He will travel to Mumbai, Chennai, Kochi, Bangalore and Hyderabad where he will interact with his fans and launch the trailer of Saaho.

'Saaho' is a high octane action thriller which is presented by T-Series, produced by UV Creations and directed by Sujeeth and is set to hit the theatres on August 30, 2019. Having Prabhas, an actor who enjoys pan India appeal paired with goegeous Shraddha Kapoor, the movie is being shot in three languages, Hindi, Tamil, and Telugu, simultaneously.The movie also has a superlative ensemble cast of Jackie Shroff, Neil Nitin Mukesh, Mandira Bedi, Chunky Panday, Mahesh Manjrekar, Arun Vijay, Murali Sharma, amongst others.