Entertainment   Bollywood  08 Sep 2017  If a man made such comments, he might've been put in jail: Farah on Kangana's claims
Entertainment, Bollywood

If a man made such comments, he might've been put in jail: Farah on Kangana's claims

The choreographer-turned-director reacted to the Hrithik-Kangana controversy, saying the 'Queen' actor is playing a woman card. 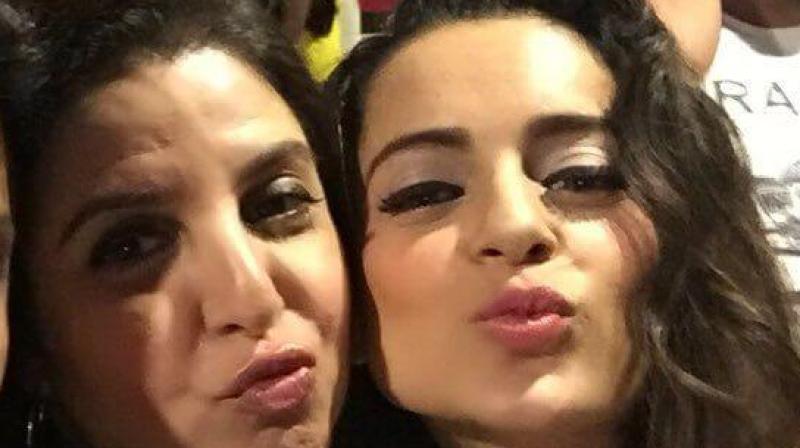 Farah Khan and Kangana Ranaut are yet to do a film together.

Mumbai: Without taking any names,choreographer-turned director Farah Khan on Thursday reacted to the Hrithik Roshan-Kangana Ranaut controversy, saying the 'Queen' actor is playing a woman card.

Farah said for her, feminism meant equality and if a man would have made statements like Kangana, he would have faced the wrath of the society.

When asked about her views on Kangana's recent interview, Farah said in a media interaction, "I don't want to take anyone's name, I don't want to get caught in between. But every time you are playing a woman's card. For me, feminism is equality.

"In such a scenario, a man should put himself in a woman's shoes and vice versa and then it becomes easy to understand each other. One should deal with such matters carefully."

The 'Happy New Year' director said both men and women should receive same treatment and judgement should not be made on the basis of gender.

"Just imagine if a man had said something like a woman, what would have happened. If a man had sent a picture or said anything like this, that man's life would have become hell or he might have been taken to the jail. If such things are not acceptable for a man, why it should be for woman?" she added.

In a recent appearance on TV talk show 'Aap Ki Adalat', Kangana had said that Hrithik should apologise to her publicly for causing her trauma after their alleged relationship ended.

The actor also said her recent comment on her 'Krrish 3' co-star was not a "promotional" gimmick, and she would continue to talk about him and their public feud whenever she is asked about it.