Virtual reality cinema is finding its way from studios and labs to film festivals and on-ground events. 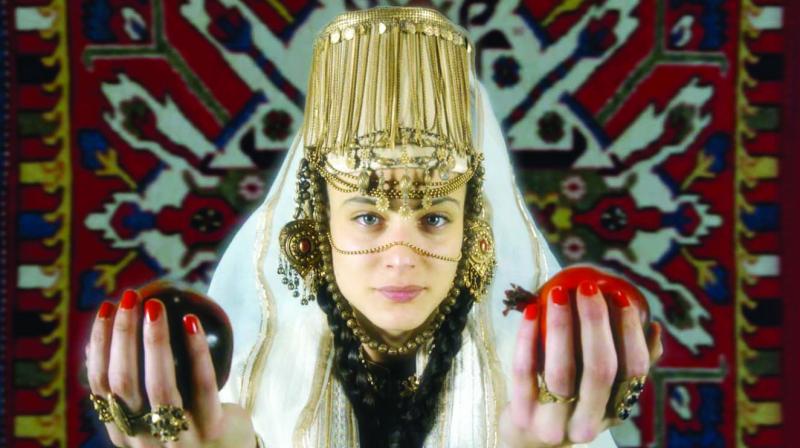 A still from Le Musk

Aamir Khan dances to Dangal’s popular song Dhaakad on stage. A single swipe towards the left or right shows the crew as they film, the extras as they stand by for their shot, the overall chaos of the sets.

This is the magic of 360-degree virtual reality (VR) cinema — an upcoming medium in the world of movies. Until now, it has largely been a part of science fiction and computer games. However, now, the phenomenon seems to be coming into the world of movies as well. Not just abroad, Indian film festivals have also begun to screen experimental movies in VR.

The Kazcha Indie Film Festival (KIFF) in Kerala is about to show a number of Hindi movies or behind-the-scenes footage from movies like Dangal using this new medium. Earlier at the International Film Festival of India (IFFI), A.R. Rahman’s VR film, Le Musk, also made its debut. Taking things further, the movie also plays on the olfactory senses.

While not many production houses have begun their experimentation into the world of virtual reality yet, the few that do exist have begun to take steps to further the genre. 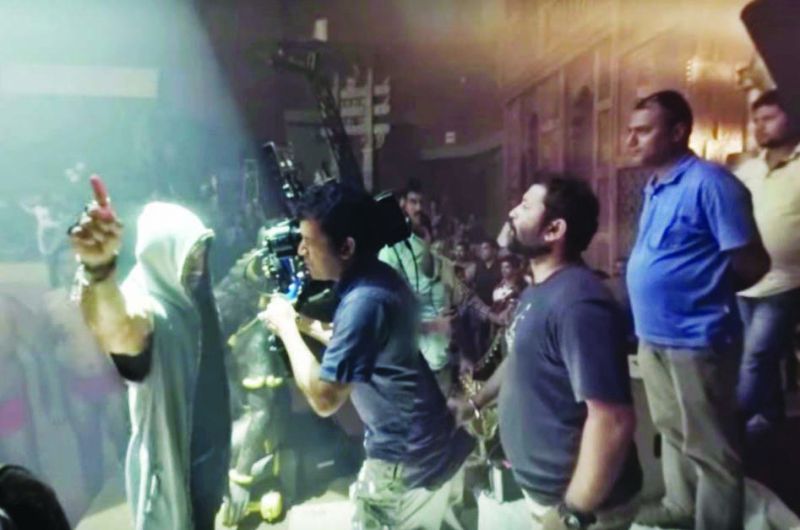 A still from Inside Dangal

Memesys Culture Lab — an initiative by Ship of Theseus director Anand Gandhi is one such platform. “While there are only two or three studios in the country that are working in the field of VR, I would say that we are definitely at par with global technology. We’ve even had people coming in from places like France and tell us that our technology is more advanced than theirs,” he says, proudly.

Indeed, the studio has churned out several VR films, most of which are about to be screened at KIFF. Freelance film critic and cultural journalist Suprateek Chatterjee, who has watched When All Land is Lost, Do We Eat Coal — a Memesys production — says that it definitely has its impact. “You feel as though you are actually standing in the midst of the barren land that stretches in all directions. It definitely has a strong impact and gets the message of the film across,” he says. 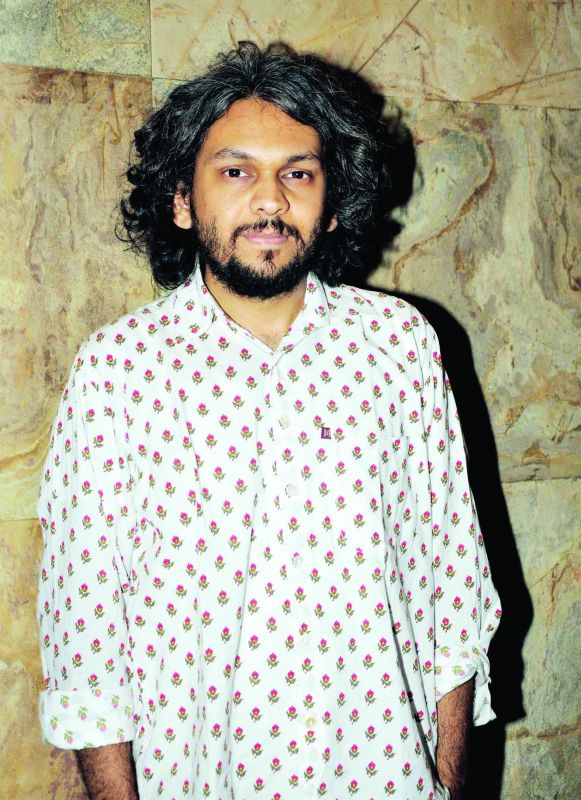 A full-fledged virtual reality documentary made by Sooni Taraporewalla —Yeh Ballet — is yet another film produced by Anand. The filmmaker, who has had her film screened at several film festivals, has used 360-degree technology to tell the story of two ballet dancers. “It is not your usual 360 experience — here you have dialogue, characters and, since they are speaking in Hindi, subtitles to follow. So, for most of the scenes, I shot in a way that one does not have to turn one’s head to follow the action. Only in scenes where the dancer performs ballet do you have to turn your head to follow the action,” she explains.

Creating a VR film has its own challenges. For instance, if anyone gets too close to the camera, the image gets distorted. “We had to re-shoot several scenes, especially the ones taken in the train before we could figure out the proper place to set up the camera. If you turn the screen, you can see myself and the cameraman sitting too,” she laughs.

Another platform, which is working to create virtual reality, mixed reality and augmented reality technology is Enlighten. The organisation not only tries to create new pathways into virtual reality but also takes it to the masses.

“We’ve had a number of on-ground events across the country where we have shown VR cinema. The medium is still a new one, so people are invariably awed by the experience. However, as people start getting more and more used to the medium, filmmakers will have to come up with more innovative content that doesn’t just ape the existing format of cinema but does something new,” explains Pranav Ashar, CEO and founder of Enlighten. 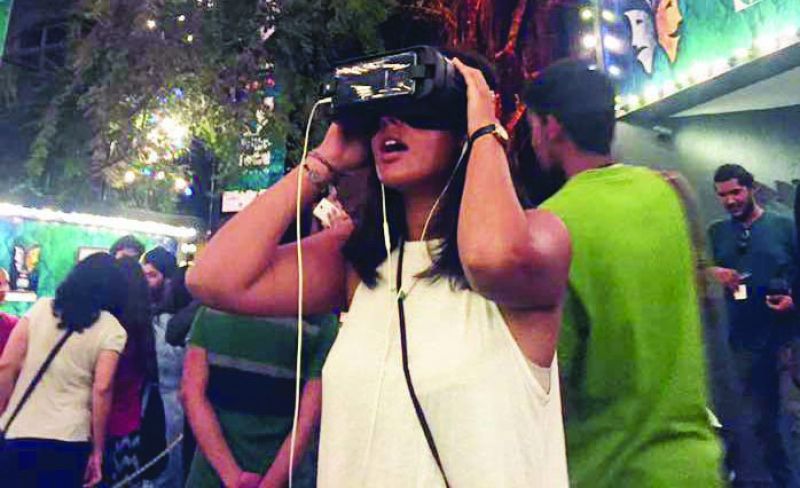 Suprateek agrees, adding, “Concern for content is always expressed whenever there’s advancement in technology. The same question was asked when CGI graphics started being used and again with 3D technology. However, like with these mediums, I’m sure VR will also have its share of exceptional filmmakers who will create exceptional content.”

For a medium that is still in its nascent stages, the possibilities of VR are infinite. “If the economics of the medium can be sorted out, then I think that there’s nothing stopping VR becoming the next 3D. In India though, I don’t see it going much beyond a niche genre though,” says Suprateek.

Sooni on the other hand, believes that a time will come when this medium will dominate cinema. “It may seem a bit sci-fi, but in future I think it will become the only way we view things. We are progressing towards more and more hyper-real experiences. From silent cinema we went to sound, from black and white, we went to colour and surround sound, from 2D to 3D — we went to more and more realistic mediums. VR is more hyper real and exaggerated, so there is definitely a possibility of it catching on,” she concludes.