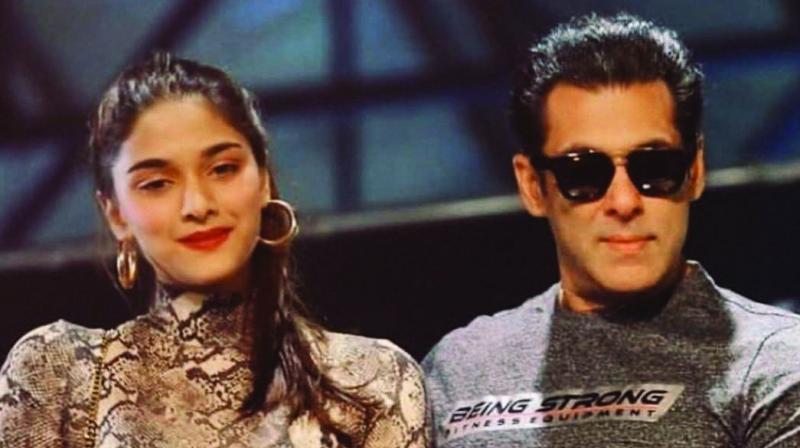 As Mahesh Manjrekar’s daughter Sai Manjrekar gears up for her debut film Dabangg 3, the actress reveals that she isn’t anxious about her launch. Sai is grateful that she is getting to debut opposite Bollywood superstar Salman Khan. She says, “There was no nervousness at all. In fact, I was at ease when I was on the sets. I thought I will be very intimidated by Salman as he has an aura that’s very magnetic but I think that’s his screen persona. When you get to know him, he is the sweetest person ever. So you just stop getting intimidated.”

Directed by Prabhdeva, Dabangg 3 features Salman Khan and Sonakshi Sinha in prominent roles. Sai further reveals that there is a sense of responsibility. She says, “Dabangg has always been a hit and I want to prove that I am worthy to be a part of this franchise. So yes, there are so many emotions I am so looking forward to the film. I won’t deny that I am a little bit anxious.”