Will not do misogynistic films: Ananya Pandey

In her sophomore outing, the 21-year-old is playing ‘the other woman’ to Kartik Aaryan’s character. 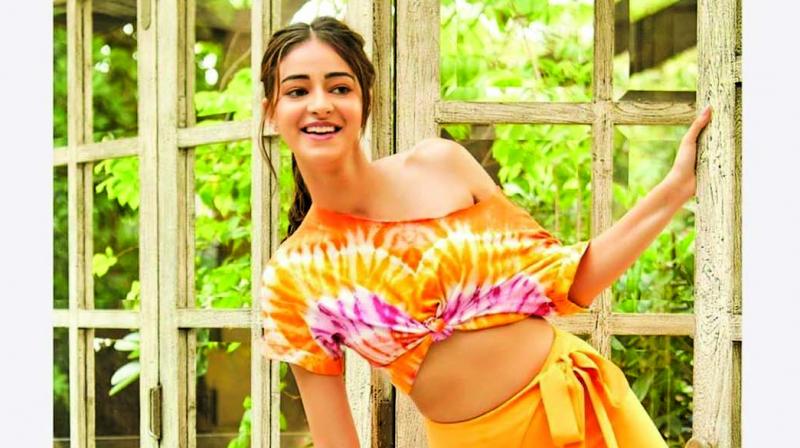 Ever since Karan Johar launched the star kid Ananya Pandey in Student Of The Year 2, the young actress has been climbing the rungs of success and fame. While her debut film didn’t live up to the audience’s expectations, Ananya has moved past that failure to deliver a successful film Pati Patni Aur Woh.

In her sophomore outing, the 21-year-old is playing ‘the other woman’ to Kartik Aaryan’s character. However, Ananya reveals that she does not endorse cheating. “‘Woh’ can be anything — phone, work, friends — and it doesn’t necessarily have to be a home breaker or a vamp. Just because I am playing this role doesn’t mean I am endorsing extramarital affairs. I don’t believe in cheating, and I don’t want to be the other woman. I wouldn’t tolerate cheating but it’s just a character that I am playing,” Ananya clears the air.

In fact, Ananya reveals that she was astonished when she was offered the role. She presumed the character of Tapasya to be a stereotypical vixen but was pleasantly surprised when it wasn’t the case. “I am very sweet and innocent, and so even I thought Tapasya would be a typical ‘woh’, but instead, she is very cool and has a lot of self-respect,” she adds.

The film, which is touted to be a launch pad for Ananya’s bright acting career, was in murky waters earlier when a dialogue from the film was criticised for its unabashed misogyny. However, Ananya claims that she would not want to be associated with any controversial projects and will steer clear of movies with sexist plot.

After Pati Patni Aur Woh, the actress will be next seen in Khaali Peeli and a bunch of other projects. Describing how she chooses her scripts, the 21-year-old exudes words of wisdom when she says that she picks films only if she believes in them. "I would rather sit at home and do nothing than picking something which I don't believe in completely. I have time because I have started out young, so I don't need to rush and finish things," she says. This learning came to her when SOTY 2 got delayed by a year and she realised how much time and energy is spent in making films. "You have to be in love with the films that you make because it's such a long journey, so I don't want to do anything half-heartedly," she adds.

Moreover, the actress independently makes her choices, and reveals that her parents don't meddle much in her decisions. "My parents don't tell me what they feel about the script. They tell me after I have made my decision because they don't want to affect my thoughts. They don't want my decision to get swayed. They have told me to make my own mistakes," she says about her unique learning process.

Being a public figure has never been easy, especially when you are constantly scrutinised for your every move. And Ananya experienced it first-hand when she was trolled post the release of SOTY 2. Although, she assures us that she has become thick-skinned courtesy of her actor-father Chunky Pandey. "I don't want to toot my horn in any way but I am really thick-skinned because I have seen my dad take so many jokes on himself. It is an amazing quality to have," she reveals. However, it does get hurtful when she sees her mother Bhavna Pandey get bothered by the criticism. "My mom wants to defend me and she wants to fight back and that upsets me. But, I am all game for constructive criticism. I think people have too many issues in life so you must give them kindness. There is too much hatred here on social media," confides the actress.

In her personal life, the SOTY2 actress shares a close friendship with star kids Suhana Khan and Shanaya Kapoor. Delving on her friends, Ananya is quick to tell that they are a bunch of confident girls. "Suhana is such a brilliant actor, dancer and singer. And Shanaya has already started working an as assistant director - both of them are very confident," concludes Ananya.