Madhur Bhandarkar guides youth at Udaan Utsav: Believe in yourself

The aim of Udaan Utsav is to create a productive cultural platform for the young generation’s creative talent. 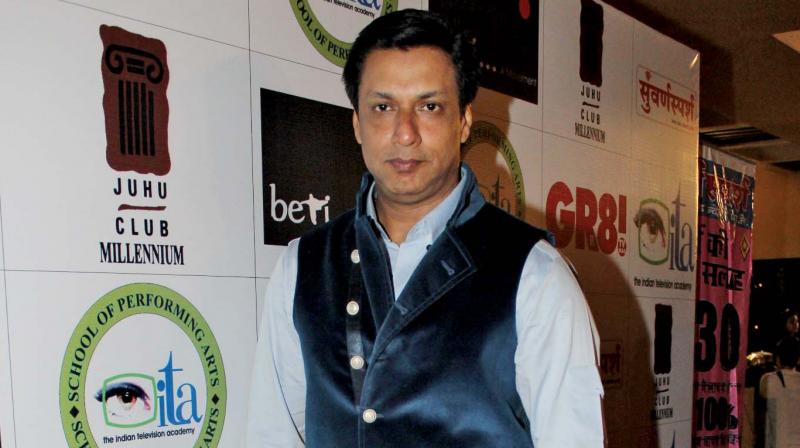 Mumbai: The third edition of the three-day annual youth fest Udaan Utsav started in the capital yesterday with 3,000 students from 50 colleges competing in different verticals. The chief guest on the occasion was film director Madhur Bhandarkar who emphasized on the need for the youth to connect with the culture of the country and its heritage.

“I feel superb being here. This is an absolutely brilliant platform and I am honoured to share the dais with such dignitaries here. The festival has been remarkably organised and there are so many different kinds of programmes here in terms of dance, drawing, screenplay, filmmaking etc. To the youth I would like to say: Believe in yourself, in your conviction, stay away from bad elements, stay focused, which is very necessary. Also, what you believe in is what you should do. These fests should be organised not only in Delhi but all over the country. Since it’s taking infant steps right now, it might not be as big as it has the potential to be, but I am sure in years to come Udaan will be a great success,” said Madhur.

Talking about the details and objective of the festival, Sumit Maluja, convenor of Udaan, said, “This is not just a festival but a year-long process of conducting workshops in all verticals — so we have theatre workshops, filmmaking workshops, writing workshops, as we look into commercial writing for newspapers and publications, so basically all forms of writing along with visual arts as well. So these workshops keep happening throughout the year. We identify the talent and give them the opportunity to move on to the next level. So this is the concept and it is spread across three days with 13 subjects and 3,000 participants.”

The aim of Udaan Utsav is to create a productive cultural platform for the young generation’s creative talent. Northeast is the special theme this year, with other areas of special focus being water conservation, Indian culture and globalisation, role of soldiers and farmers in nation building, role of youth in India’s push to being a world leader.