Big B follows to conquer

Upset at having lost followers on Twitter, superstar Amitabh Bachchan is going all out to salvage his social media reign as numero uno. 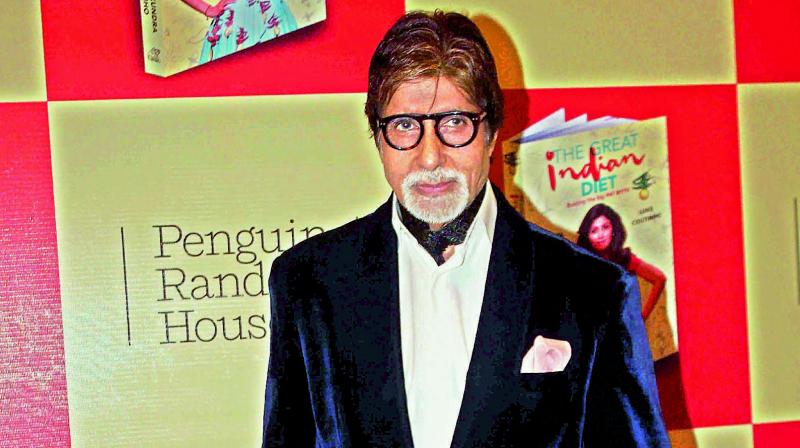 Last week, Amitabh Bachchan was dethroned as the Shahenshah of Twitter in India by Bollywood’s Baadshah Shah Rukh Khan. The reason? A sudden decrease in the number of his followers. While it might seem like someone of Big B’s stature wouldn’t be bothered much by the development, a series of incidents that have happened since tell us otherwise. The veteran actor seems to have taken it as a personal affront, and has gone on a war of sorts in a bid to get back to the top slot. After initially threatening to quit the platform, he’s now adopted “different” means.

Random following
The star has suddenly started following several South Indian film personalities, production houses and participants of the Hindi version of Bigg Boss, raising quite a few eyebrows. He presently follows 1,506 people and that number is only increasing by the day. Several of them have expressed both shock and excitement as the “biggest idol of Indian cinema” has connected with them online. Of course, he’s been trolled for it too.

Many reacted to the notification “@srbachchan is now following you” with a state of disbelief, thinking that it was either a fake profile or that the account was probably hacked. Some expressed their doubts about it being a PR ploy. However, Big B clarified through a Hindi poem which loosely translates to: “Yes sir, I do follow a lot of people. And I do it with all my heart. Some assume that my account is hacked. And say that others are benefitting from it. If it’s a crime to follow others, I will commit more crimes here.”

PR ploy?
A social media expert who works with several celebrity profiles shares, “It seems he has asked his digital marketing team to up their game. You might wonder how it’s going to help if he follows random people online, but all this activity has suddenly got him so much attention and people are talking about his Twitter profile. That’s the ploy. As much as celebrities act like they don’t care about the numbers game, the ranks do affect them big time. I have dealt with several celebrities and can vouch for that!”

Celebrities react
Celebrities, who the superstar has suddenly started following are having a range of reactions, from surprise and shock to extreme happiness. Says writer Gopi Mohan, “I was initially thrilled but later realised that he was following several others too, and I thought it was spam. Then I learnt that his followers had reduced. Since South stars have a good following on Twitter, he could be using this route to increase his followers, or a move to flaunt his simplicity. However, it’s a healthy trend to follow actors in other industries.”

Sundeep Kishan
He has inspired millions and the fact that I am connected to him directly on some platform is awesome. Now, it won’t be a random tweet anymore and he’d get a notification too! It is a small gesture from such a huge personality and it feels very good.

Anil Ravipudi
As soon as I realised he’s following me, my reaction was a confused mixture of excitement and shock. I had heard that he’d spoken about closing down his account and wasn’t really sure if it was him following me. I am still confused.

Mehreen Kaur
I was watching a TV show in which they were talking about the people he is following on Twitter and my name was in the list too! I don’t open Twitter often and was quite surprised. It took me two whole days to realise that he was following me. I love this feeling and I have to strive to do better just because he’s going to keep a tab on every move of mine now.

— With inputs from Sashidhar Adivi