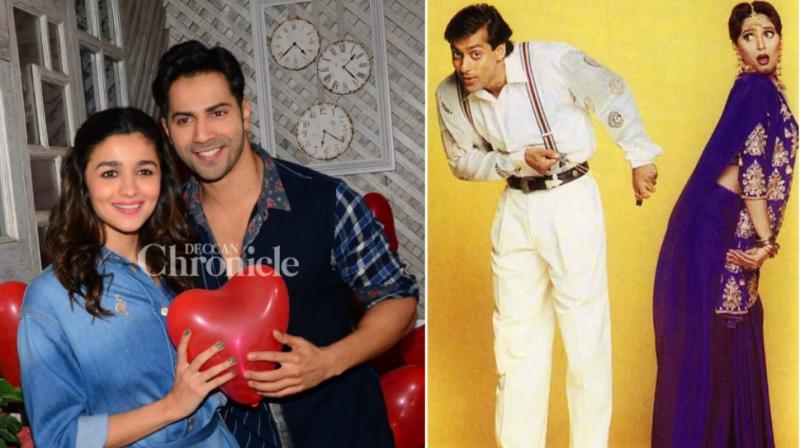 Varun Dhawan and Alia Bhatt at an event, a still of Salman Khan and Madhuri Dixit-Nene from 'Hum Aapke Hai Koun...!'

Rajshri productions recently conducted a poll on Facebook asking the audiences if they would like to see Varun Dhawan and Alia Bhatt in ‘Hum Aapke Hain Koun’s remake. Here’s a screegrab from the poll: 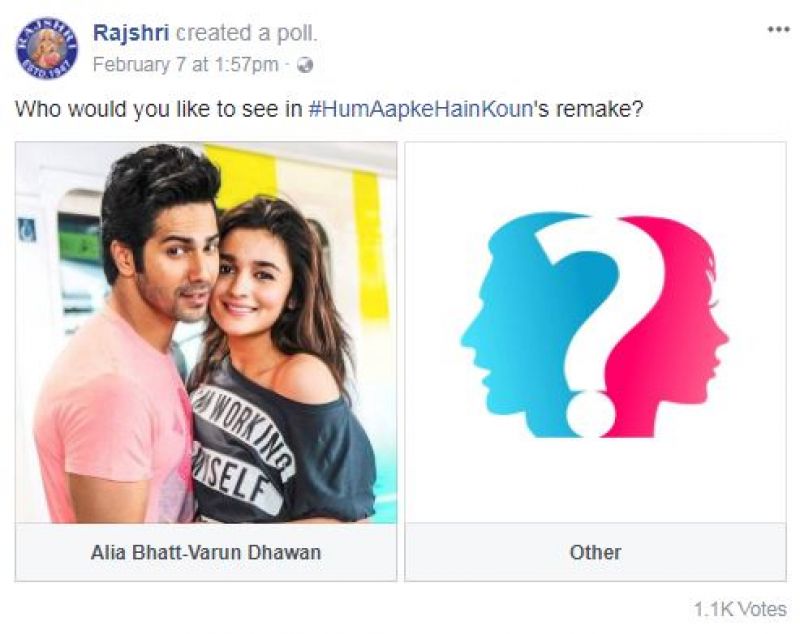 Forget Varun and Alia, fans got upset that the makers are even thinking of a remake. They are outrightly asking to leave the ‘gem’ untouched. Here are a few comments from them: 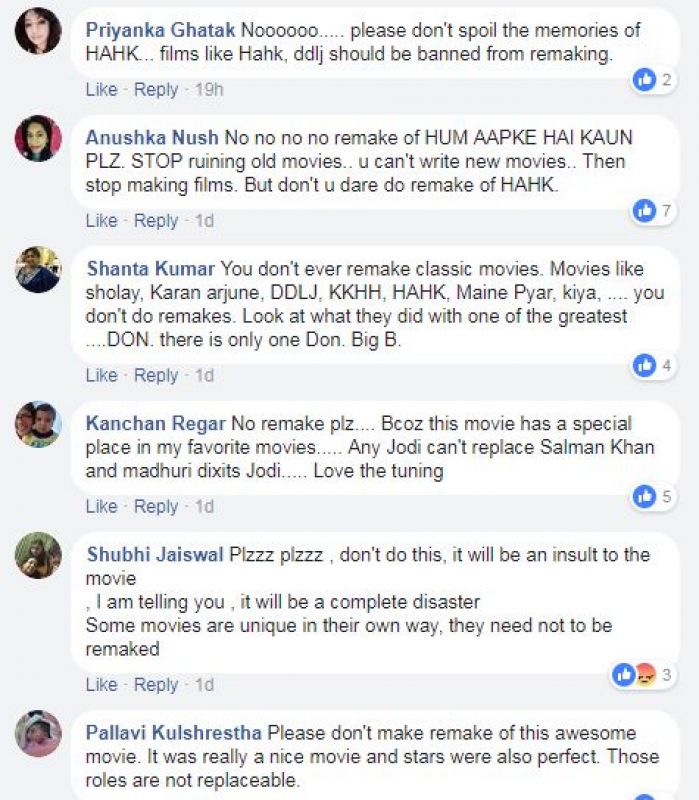 Varun Dhawan has already replaced Salman Khan in ‘Judwaa 2’, which is a prime example for these fans to not get him casted for ‘Hum Aapke Hain Koun’s remake.

While many suggested if the remake be made, it should have Salman Khan again. Very few people recommended actors like Shahid Kapoor, Ranveer Singh, Sidharth Malhotra. Others, it seemed, went on to make fun out of the casting with Bipasha Basu and Karan Singh Grover, Ranbir Kapoor and Katrina, Sidharth and Alia. Some others even asked for Shah Rukh Khan and Kajol or Ranveer Singh and Deepika Padukone or Shahid Kapoor and Amrita Arora.

Probably only 10% of the people agreed that Varun and Alia should be cast in the remake.

Alia Bhatt too has stepped into Madhuri Dixit’s shoes briefly as the actress recreated ‘Tamma Tamma Again’ with Varun in ‘Badrinath Ki Dulhania’.

Varun and Alia have been a part of three films now – ‘Student Of The Year’, ‘Humpty Sharma Ki Dulhania’ and ‘Badrinath Ki Dulhania’. They will most probably also end up working in the much-delayed and the much-awaited project ‘Shiddat’, directed by Abhishek Varman and produced by Karan Johar.