Entertainment   Bollywood  09 Feb 2018  Akshay Kumar on big achievements: If you want to do anything, start with your wife
Entertainment, Bollywood

Akshay Kumar on big achievements: If you want to do anything, start with your wife

Information and Broadcasting and Textiles minister Smriti Irani, who attended the event, applauded the efforts of Twinkle Khanna. 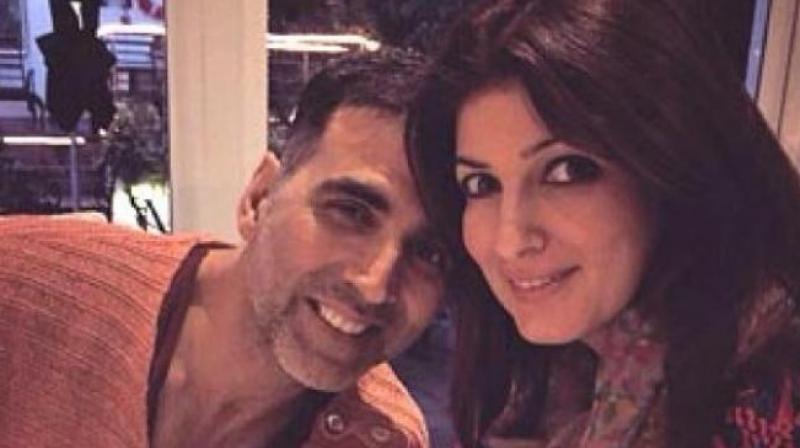 Talk around menstruation is getting louder and more uninhibited in India, and Bollywood is adding its voice to it. The Akshay Kumar-starrer Pad Man has helped bring the discussion to the forefront, and the creative process has also impacted the cast and people involved in the making of the film.

Producer Twinkle Khanna says she is a changed woman. “All who have their period today, raise their hands!” she called out to an auditorium full of people who had come to attend a preview of Pad Man. She went on to add that she wouldn’t have been able to say this to an audience this big or even a smaller gathering, even a year ago.

For Akshay Kumar, who plays the lead role, the journey proved very reformative. He said, “Twinkle wanted to make a short film but I begged her to let me do this film. The way I look at the process of menstruation has changed. I talk to people about it now and I feel for the cause.”

The film is inspired by the story of Arunachalam Muruganantham from Coimbatore, who was sitting in the audience and got very sentimental during the screening. He laughed, “I started everything with my wife and now it has gone global. So please, if you want to do anything, start with your wife. Eighty-eight per cent of women still don’t use sanitary towels and menstrual taboo is prevalent everywhere in the world, so it’s not an Indian issue but a global one.”

Talking about what he learnt in the process, Akshay quipped, “Muruganantham’s journey started with his wife and it was the same for me. I have learnt a lot from Twinkle. My parents never told me anything about menstruation and it was Twinkle who helped me know more about it. There is a speech at the end of the film and I mean every word of it. I feel every word of it.”

Information and Broadcasting and Textiles minister Smriti Irani, who attended the event, applauded the efforts of Twinkle Khanna. “It is not easy for a woman producer, who are anyway very few in India, to take up subjects which are not very financially successful,” she said, adding, “However, male political leaders can’t be made the villains of the piece. We want a change and it can only happen when men too are involved. The first ever National Guidelines for Menstrual Hygiene Management has been dedicated to the country under a male Prime Minister and I hope they empower us all.”