She explained that she wanted to do full justice to promoting her Hindi film. 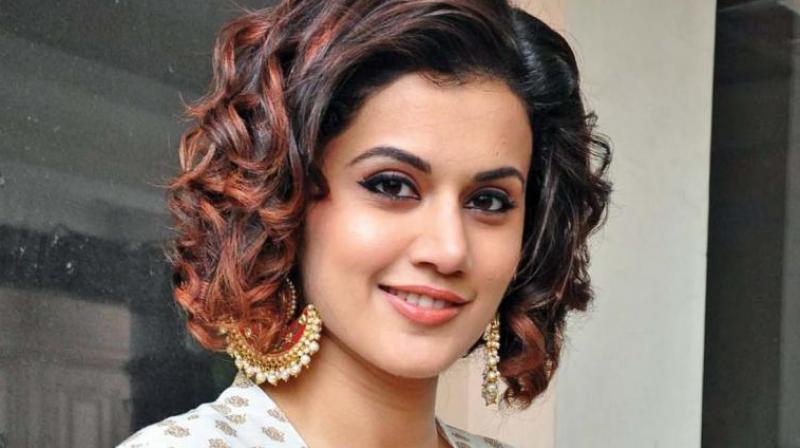 Taapsee Pannu is currently busy promoting her next release, Dil Juunglee, opposite Saqib Saleem. And she’s thrown herself into promotional activities to such an extent that she’s even asked the shooting of her next, a Telugu film, to be postponed, so the activities can go off smoothly.

The actress was supposed to start shoot for the untitled Telugu movie, featuring Aadhi Pinisetty, which is to be shot in Hyderabad, Visakhapatnam and Vijaywada. However, to promote Dil Juunglee, Taapsee requested the makers to postpone the shoot in Hyderabad to a later date in February. She explained that she wanted to do full justice to promoting her Hindi film.

“The makers considered her request and adjusted the shoot dates of Hyderabad only for Taapsee. They decided to push the shoot and hence postponed the date,” a source said.

Dil Juugnlee is releasing on February 16, and is a romantic comedy directed by Aleya Sen Sharma, and produced by Deepshika Deshmukh, Jackky Bhagnani and Vashu Bhagnani.