This is what Rani Mukerji thinks of Shah Rukh Khan, Aamir Khan and Salman Khan 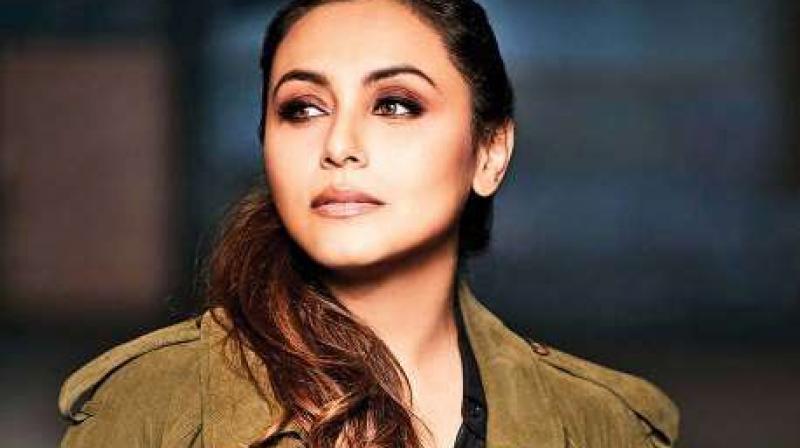 During the show, Rani spoke about Shah Rukh Khan, Aamir Khan and Salman Khan. Talking about sharing screen space with the three Khans of Bollywood, Rani said, “I have been lucky to have got the opportunity to work with all three of them so early in my career. All of them are wonderful co-stars and I learned a lot from them. Interestingly all three have completely different working styles and I really enjoyed shooting with them.”

Sharing memories of working with Aamir in Vikram Bhatt's 'Ghulam', the actor stated, “Aamir is a prankster on set and always up for some mischief. Even though he was already a big star, he never treated me like a newcomer on sets. I remember during one of the climax scenes, I had to run and hug him while he is standing all bruised and battered after a fight. I was excited to shoot and decided to give my best. Aamir was standing like an injured man and so when I dashed towards him, we both fell out of the frame, right onto the lap of Vikram Bhatt, who was settled behind Aamir with the camera. Aamir was taken aback and asked Vikram, “Yeh engine kaha se pakad ke laya hai (where did you get this engine from)?”

She also shared an interesting story about SRK, when they were shooting for Kuch Kuch Hota Hai. “I was really shy that time and when we were filming the title track in Scotland, there was a moment when SRK had to come close to me and kiss me on my cheeks. Now every time he came close, I would slowly walk away from him. Shah Rukh is a megastar but he is shy this way and he got so awkward and embarrassed that I was running away from him. Then Karan (Johar) came and told me that it was fine, and not a big deal. I have learnt so much from these actors, mostly how to romance on screen,” she said.

Lastly, the actress had a rather interesting story about Salman, as she quipped, “Salman is the most chilled out actor I have ever met and worked with. When he comes on the sets, he is so casual that you would be surprised. But that’s all a farce, as he really prepares well for his character. I actually learned how to be calm and cool during work from Salman.”

When host Saurav asked her to reveal who comes on set on time, Rani laughed, and after a deep thought shared, “Aamir is very punctual. Then comes Shah Rukh and last Salman."

Rani's next film 'Hichki' is inspired by the life of Brad Cohen and features Rani in the lead role of Naina Mathur, an aspiring teacher suffering from Tourette syndrome. Produced by Yash Raj Film's, 'Hichki' is slated to release on 23 March 2018.