It's sad people are speculating about Irrfan's health: Kirti Kulhari

Irrfan's 'Blackmail' co-star Kirti Kulhari says people give him some privacy by not speculating about his health. 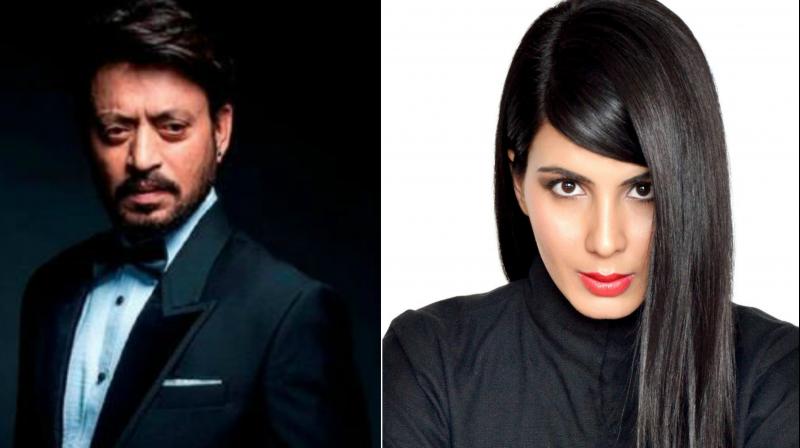 Mumbai: Irrfan Khan's 'Blackmail' co-star Kirti Kulhari says she is saddened by the news that the actor has not been keeping well but hopes people give him some privacy by not speculating about his health.

Irrfan, one of India's most versatile actors, had said in a statement on March 5 that he was suffering from "a rare disease".

Kulhari, who is working with Khan in their upcoming film 'Blackmail', says she is concerned about his health but prays for a "good news" from his side soon.

"It (the news) makes me sad. The first news came out when we were supposed to meet at the trailer launch. I didn't take that very seriously. I thought ok, he must be unwell. But I'm saddened by it. I honestly don't know the details and I wouldn't want to speculate," Kulhari told PTI.

She said so far she has stayed away from getting in touch with Khan directly as she wants to give him his space.

"I wouldn't want to be pestering him or his team for anything, for an update. He has made it very clear to everybody that he needs some time, some space. It's sad that people are not doing that. But I'm really hoping and praying that we hear some good news from him soon," she says.

On February 21, the actor's spokesperson had released a statement, saying he had been diagnosed with a "severe case of jaundice".

Irrfan's next release would be "Blackmail", a dark comedy drama directed by Abhinay Deo of "Delhi Belly" fame. The film is scheduled to hit the theatres on April 6.

Director Vishal Bhardwaj, who was scheduled to begin the shoot of his next film, starring Irrfan and Deepika Padukone, postponed the filming citing health concerns of his lead actors.