Post Baaghi 2 success, Tiger Shroff is all set to roll Student Of The Year 2

The official Twitter account of Dharma shared a picture from the sets of the film in the Uttarakhand capital. 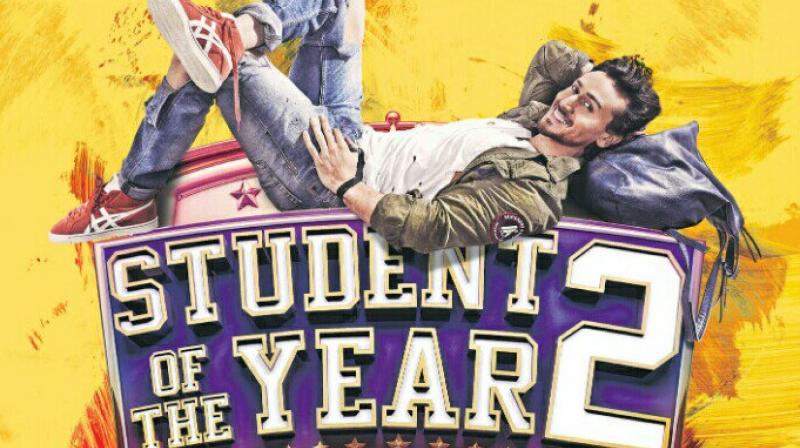 Tiger Shroff on 'Student Of The Year 2' poster.

Mumbai: The shooting of Karan Johar's movie sequel, ‘Student of the Year 2’, has begun in Dehradun.

The director, Punit Malhotra, along with the male lead, Tiger Shroff, have started the principal photography of the film, which is a sequel to the 2012 film, directed by Karan Johar.

Johar's Dharma Productions is backing the movie this time rather than taking the hat of the director.

The official Twitter account of the production banner today shared a picture from the sets of the film in the Uttarakhand capital.

"STUDENT OF THE YEAR 2 - DAY #1 on set. Today, director @punitdmalhotra and his team begin their journey at Saint Teresa's with @iTIGERSHROFF & the girls," the post read.

STUDENT OF THE YEAR 2 - DAY #1 on set.
Today, director @punitdmalhotra and his team begin their journey at Saint Teresa’s with @iTIGERSHROFF & the girls.
Give us a 🏆 in the comments to wish them luck! @karanjohar @apoorvamehta18 @foxstarhindi #SOTY2 pic.twitter.com/V5wKfVT9Ye

The female leads of the film are yet to be revealed.

Johar also took to the micro-blogging site to announce that the details of the final cast will be disclosed on Wednesday.

"The student journey begins again! #SOTY2! The announcement of the final cast on Wednesday the 11th! Watch this space... Break a leg," the director-producer wrote.

Tags: student of the year 2