According to the rumour mill, the Gully Boy pair has been roped in to work together on a third project. 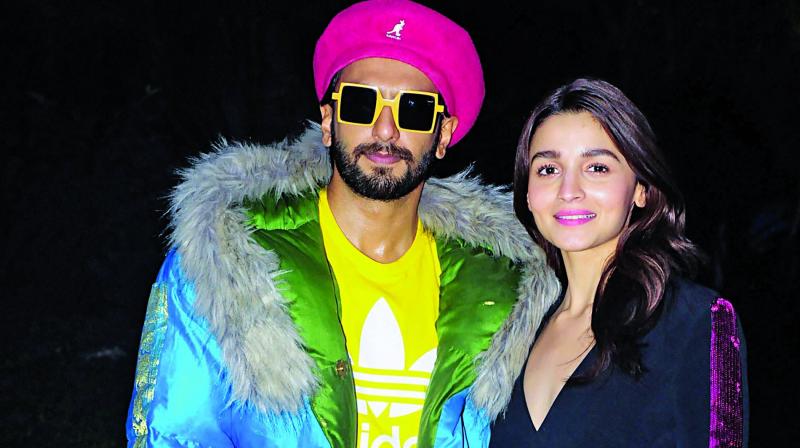 Apart from the rumours of affairs and breakups between the stars, talks about impending casting can also leave fans on the edge.

And that’s what has happened over the weekend, as there are stories going around that the star pair from Zoya Akhtar’s Gully Boy, Ranveer Singh and Alia Bhatt, are

collaborating for a third project together. While Gully Boy not only had the cash registers jingling at the BO, but the two actors also received critical praise for their work.

Now, the pair will be seen in Karan Johar’s period drama Takht along with an ensemble cast. “Ranveer and Alia are also together in Karan Johar’s Takht where a host of others like Anil Kapoor, Kareena Kapoor, Janhvi Kapoor, Bhumi Pednekar and Vicky Kaushal will also be a part of the cast. Now the buzz is that there is a third project that the two have been approached for by a big banner. Some people in the trade are sure that the two have signed up, but there are no official confirmations yet,” informs a trade source.