The song which is a groovy number, will be picturised on Akshay Kumar and Karan Kapadia. 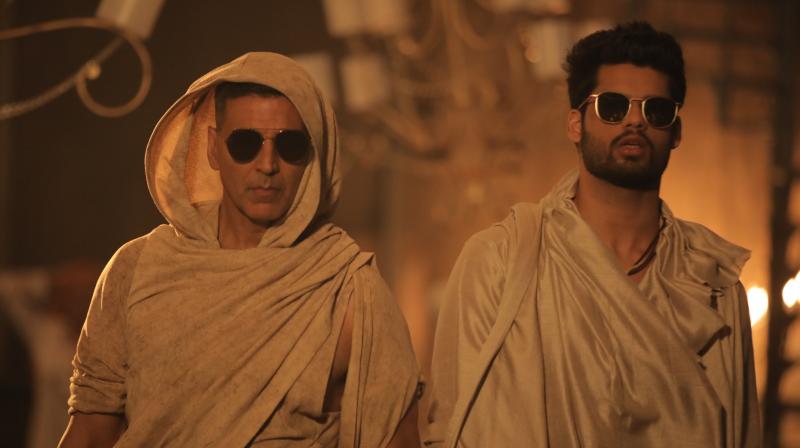 Mumbai: Karan Kapadia’s debut film, Blank directed by Behzad Khambata, will have a special number from the Khiladi - Akshay Kumar. He has shot for the song yesterday (Monday) at a suburban studio in Mumbai.

The song, which is a groovy number, will be picturised on Akshay Kumar and Karan Kapadia. It is composed by Arko, sung by B Praak, who recently gave his voice for the song Teri Mitti in Akshay Kumar’s Kesari. The dance number is choreographed by Ranju Varghese.

Talking about the song and Karan, Akshay Kumar says, “The boy has genuine 'acting ' skills and I saw a spark in the boy for a short film that he again did all by himself that was recognised by Cannes. And with Blank, this boy has gone multifold in terms of acting and performance. Karan has chosen an unconventional route for his debut and I am Proud of him. Doing this song for him is my way of wishing him All The Best!!”

The storyline of this action thriller revolves around the life of a suicide bomber essayed by Karan Kapadia. 'Blank' starring Karan Kapadia and Sunny Deol in lead roles, directed by Behzad Khambata is all set to release on 3rd May 2019.