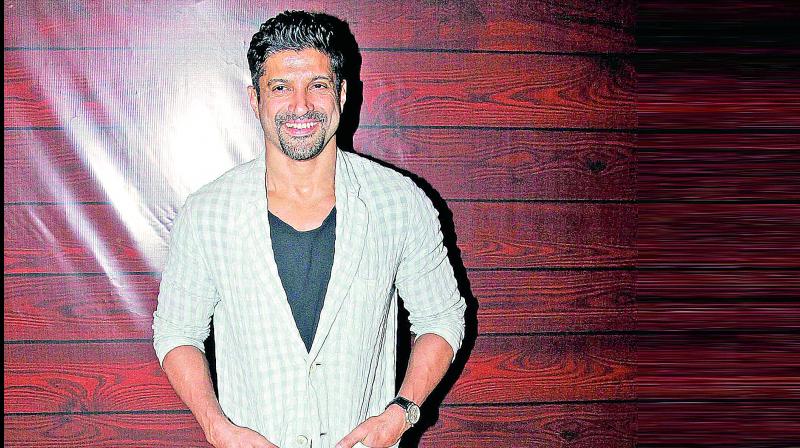 Farhan Akhtar is no stranger to transforming his body for his work and he’s willing to go the extra mile for it, no matter how challenging. One may recall that the actor has played an athlete in a film before sprinter Milkha Singh in 'Bhaag Milkha Bhaag' (2013) and had got into killer shape for the role.

He has followed suit for his upcoming film 'Toofaan', in which he plays a boxer Farhan had to first acquire the physique of a fighter before putting on 15 kg in six weeks for certain portions of the film.

When asked about the challenges of gaining weight for a role, Farhan explains that it was hard to go against his already healthy lifestyle.

“Irrespective of my craft, I choose to live a healthy and disciplined lifestyle. I’ve always refrained from indulging in things that could have adverse effects on my body, so it was a challenge for me to adapt to a way of living that was completely contrary  with a monitored exercise regime, less physical activity, and high consumption of fats, carbs, and starch. It was tough; I balanced consumption of fried food; the starch and fats made up for it. That’s how I gained an extra 15 kilos!” he smiles.

Toofaan, also starring Mrunal Thakur and Paresh Rawal, has been shot across Mumbai at locations like the Dongri slums and the Gateway Of India.