The cast of Raazi talks about making of an actor and the difficulties they faced shooting this film. 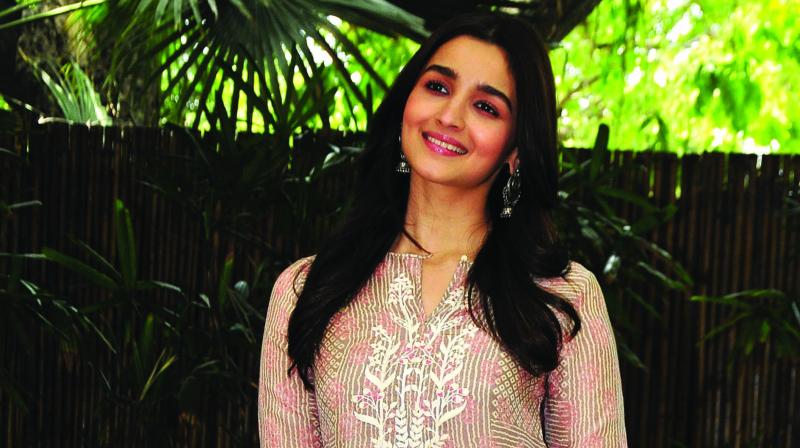 I am not graceful inherently — Alia Bhatt, actress

One of the most terrific, yet dark love stories Raazi will surely make a bold statement. With its extremely well constructed plot and being a true story, the film seems like a must watch. Raazi is a film about a young 20-year-old girl, Sehmat. “As the trailer suggests she is a daughter and a wife but is also a spy. Based in 1971, the plot revolves around this girl who falls in love with a Pakistani army officer. She goes through the struggles of rigorous training to on-field action. The role of a spy is not easy to play and this spy isn’t like a James Bond spy or any other. She has her own style and persona along with her tactics,” says the leading lady, Alia Bhatt.

Talking about what keeps her driving, Alia says that she has a backing and it is not only her family but her entire team — from her make-up artist to her driver. “People behind the camera who ensure my eating, drinking, walking and reaching places on time. The list can go on and on. From my assistant to my manager everyone is responsible for me to work the way I do.”

Lead actor Vicky Kaushal agrees with Alia and says, “We have a big force behind us like Alia said, which is our strength. As actors even if our role is liked there is a force of 200 to 300 people who give us that confidence. Like when a shot is taken even a smile is monitored by a large number of people. Without this force we are nothing.”

Speaking on the evolution of an actor, director Meghna Gulzar feel that evolution is obvious. Whether it is of an actor or a director or of the society as a whole.

“Even though it’s not war time, circumstances were difficult. It’s a risky thing to be on the Punjab border even now,” says Meghna Gulzar. “We were shooting in Mumbai and in Patiala, Nabha, Malerkotla and Doodhpatri which was not always easy but enjoyable,” she adds.  While the cast couldn’t go to shoot in Pakistan, that limitation didn’t stop the team from shooting the film. “Even though it was a challenge. The challenge was that we had to do a lot of research before bringing the film forward,” says Meghna.

Talking about her character in the film, Alia says, “Honestly, its not that I put too much thought to everything but one needs to be perfect as a character in a film. Eventually, you know what your path is. This character is not a typical spy who is overconfident with lots of glamour and all that. She is just a simple young girl and by choice has put herself in this situation. She was not forced into anything. She is not like an actual action hero. She is scared and has her fears but does what is needed for her country.”

While the trailer of the film depicts much grace in her character, she adds, “I am like a boy and just sit down like one and I am not graceful inherently.” But Alia believes that acting is a process and doesn’t always come naturally. “You have to work on it and hone your skills. The acting comes out of the character automatically and not the person himself or herself. The process is such that you can’t take it too seriously in the sense of the character. I seek inspiration in many people for different reasons. It’s not that if they are from a different field I do not look up to them. I seek inspiration in them,” says Alia.

Alia’s chemistry with the lead actor Vicky also seems interesting. When asked about his experience of working with Alia Bhatt, Vicky Kaushal said, “Mind blowing.” Talking about his on screen chemistry with Alia Bhatt, he chuckles, “It was absolutely H2SO4 concentrated. I loved playing the character of Iqbal, and I hope to be a good son and good husband in real life. This is what I imbibed from the film.”