The entire family turned up in shades of red, pink and green, in all their finery. 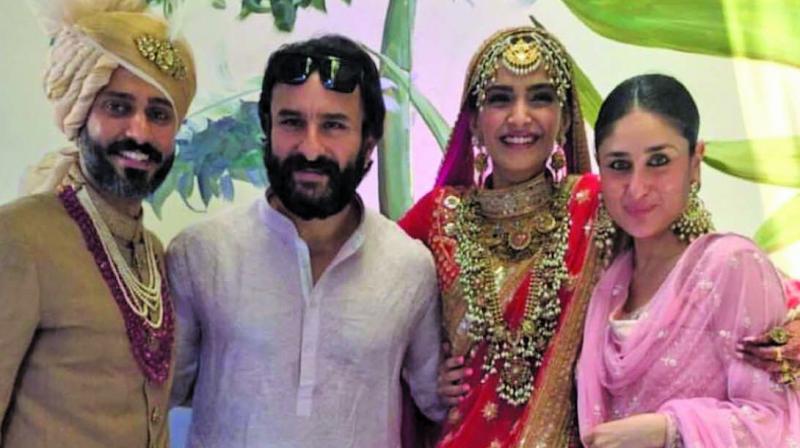 So, Sonam Kapoor is Mrs Ahuja now. The wedding, which took place on Tuesday afternoon, was anything but a low-key affair. There was band, baaja, baraati and Ranveer Singh shouting to the paps ‘tumhari shaadi kab hai?’

The turnout at the wedding was far larger than expected. Earlier it was believed that it would be a low-key affair in deference to the family tragedy. 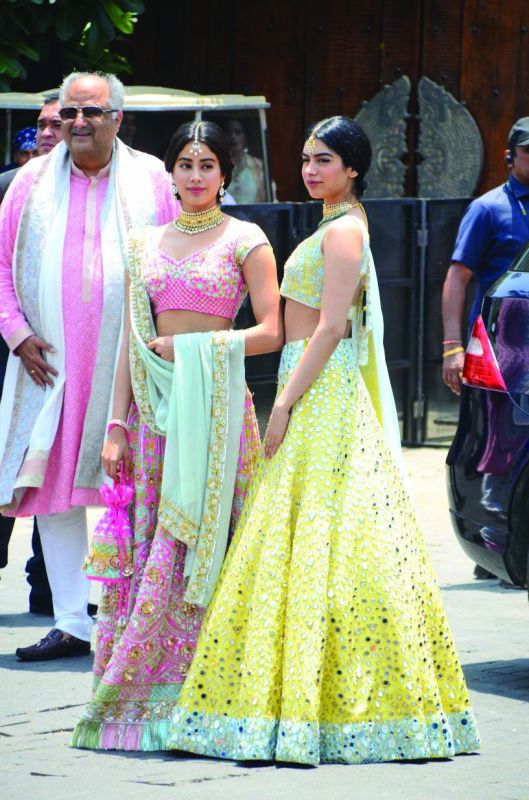 The entire family turned up in shades of red, pink and green, in all their finery. The dhol beats could be heard for miles as the family decided to give Sonam a spectacular wedding.

The guest list held no surprises. Sonam’s besties Swara Bhasker and Jaqueline Fernandez were among the early birds while Ranveer made a fashionably late entry. Boney arrived with his daughters

Janhavi and Khushi, and politician-friend Amar Singh by his side. Amitabh Bachchan and son Abhishek wore pugdis to indicate they are from the bride’s side. Also present was Shweta Bachchan Nanda. But the other two ladies from the Bachchan family, Jaya Bachchan and  Aishwarya Rai Bachchan, missed the wedding.

Saif Ali Khan and Kareena Kapoor Khan, Karisma Kapoor along with the superstar of their family, Taimur Ali Khan, showed up hours after their return from a vacation in London. They made a quick entry and exit. However, most of the other guests stayed the entire time.