Taapsee Pannu on her upcoming film, thrillers and why she doesn’t conform to stereotypes. 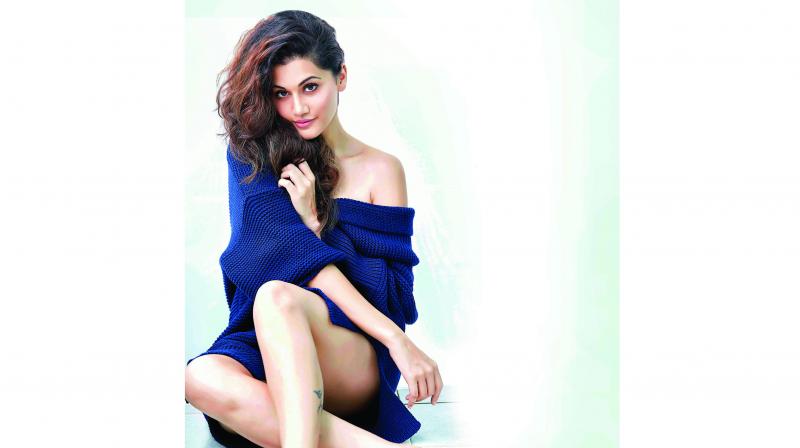 Taapsee Pannu who has had two consecutive box-office hits with Manmarziyaan and Badla, has now cemented her place as one of the most bankable actors in the industry. She says, “It’s a huge achievement if people consider me as a bankable actor. In fact, it is also my career goal and I hope producers get their money’s worth. But one film doesn’t change your fate. I had a good line up and some breakthrough films and if I maintain the momentum this year, then I will be pretty sorted.”

Taapsee is among the few actors who have never played it safe when it comes to choosing a script. But she admits that she hasn’t been getting enough glamorous roles. “But people have not kicked me aside or stereotyped me as an indie actor or as one who only does offbeat roles. People have understood that there is a midway, which can be commercially viable and also make sense. People have identified my path,” she says.

Despite her endeavour to go against the tide, the industry pressures still weigh upon her. “There is a lot of pressure in the way we are shown on screen. Women have to conform to a set of stereotypes. Unfortunately, it will not change overnight,” says the actress highlighting how her character in Manmarziyaan wasn’t received well by everyone. “Many people didn’t like Manmarziyaan because my character was rebellious and people can’t associate a woman with revolt. Even in Badla, I played an antagonist. It will take time for people to embrace such characters,” she added.

Tapsee will now be seen in Game Over, which is also a thriller, a genre that’s safe enough to explore. “I feel there is no other genre safer than a thriller, nowadays. Since the retention span of the audience has become lesser, thrillers keep you at the edge of your seat. This is one genre which will work if it's made well but not many people can write a good thriller,” said the 31-year-old actress.

Meanwhile, Taapsee was also in news for her film Saandh Ki Aankh where she is playing an elderly woman. The poster, on its release, had drawn flak for casting young actors as 60-year-olds and not actresses who are closer to sharpshooters’ age. “We were not expecting this and were quite amused. They didn’t have a problem when I portrayed a college girl after turning 30. When I play an aged woman, people have a problem,” says the actress adding that their daring choice should be in fact be appreciated. “Today, we are all in a race where actresses are doing everything to look younger and two of us had the guts to play those who are double our age,” she added.