The actor chats about his Hollywood debut, wife Aishwarya and father-in-law Rajinikanth’s foray into politics. 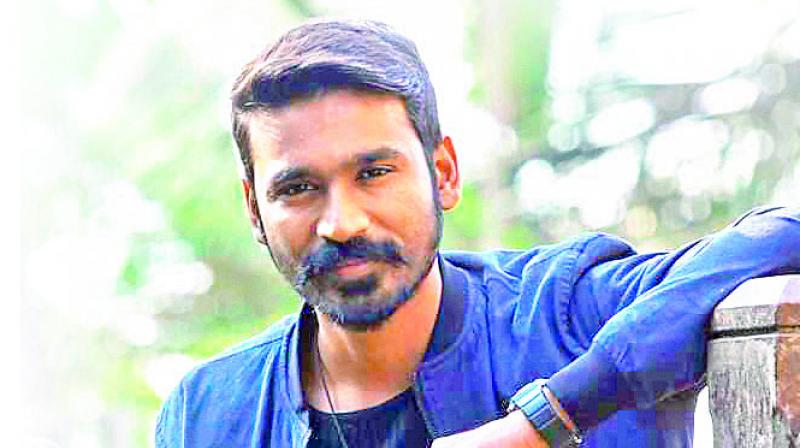 South superstar Dhanush, whose hit song Kolaveri Di has made him a household name in India, is also getting international recognition. The singer-actor, who made his Bollywood acting debut opposite Sonam Kapoor in Raanjhanaa in 2013, will now be seen in Ken Scott’s latest film titled The Extraordinary Journey of the Fakir.

Despite being in the industry for nearly 17 years, Dhanush says one can’t afford to take anything for granted. “You will get kicked on your face and you can’t snooze, not even a bit,” he says, adding that one cannot afford to be lazy because there is always someone better out there to replace them.

“You have to be updated and always keep on thinking about what people want. At the end of the day, that’s a million dollar question — What do the people want from you? If only you can master that, things can be much easier. But it is not that simple,” he adds.

Dhanush says that along with hard work, luck has also played an important role in his life. “I believe in luck. Sometimes you make your own luck, and other times its karma. Luck worked in my favour; I was lucky enough to meet the right people at the right time. I worked hard and I can say this without any humility. Probably luck favors the one who works hard,” he muses.

The actor, who is married to Rajinikanth’s daughter Aishwarya, also opened up about his relationship: “I am not perfect, and she has been really patient with me. Like any actor’s wife, she also had to deal with a lot of things, but she has handled everything beautifully. Any other woman in her place would have run away,” he says.

“When I play a dark role or something, people around me go through a lot. I become a different person, and I am very difficult to handle. She deals with it beautifully and she has been a pillar of strength for me always. I am fortunate to have met her,” he smiles.

The pair was recently in Mumbai to promote The Extraordinary Journey of the Fakir. Dhanush says that Mumbai has always been his home. “I always felt home here in Mumbai, probably because of Anand L Rai,” he says. “He is like my brother and that’s my house. Bhabhi is there, and she makes me feel extraordinarily special.”

His extended relationship with the city begs only one question: What is keeping him away from Bollywood?

“I have really not thought like that, I just take it as it comes,” he says in response, adding that he may just be doing something special soon. “When I find a good script, I don’t see which language is it in. Besides, I have to stay here and meet more people, which is becoming a challenge. So many things have to fall in place, but I can say that I am doing something very soon.”

When asked about his experience in Hollywood, Dhanush says that he did not feel any pressure. “I was looking forward to learn and unlearn, and to understand how things work there. I found it was an opportunity to explore more, so it was very exciting, and I didn’t feel any pressure. I am not fluent with the language, that was the only tiny block I had in my mind. But they made me feel very comfortable,” he says.

But in the midst of all this, the actor is left with very little time for his kids. “I steal them in summer holidays and keep them with me selfishly, even if it’s a remote village where the kids are bored. But still they don’t have a choice. They were with me this summer. I was shooting in a remote area and they were with me for a month. I tried my best to entertain them. I had some time playing cricket with them,” he says.

With recent talk about audiences changing their tastes, Dhanush asserts that content has been king all this while. “I don’t think stars ever got away with a bad film,” the actor reflects. “A star can give you an opening, but third day or fourth day if your film is not good, then that’s it. A star is as good as his film. Content is the king that has always been the case. Yes, tastes have changed and perception of quality has changed and that doesn’t mean they ever accepted a film just because it had a big star. Content has always been the king,” said the Ranjhnaa actor.

Unlike his father-in-law Rajinikanth, he has no plans to join politics. “I don’t know anything about politics. I don’t see myself there what so ever. I have very limited knowledge in that area.”

“I can talk for Rajini sir, he is a great person and a human being. A great human being will be a great leader  according to me,” he signs off.