The actor wanted to meet workers going to Uttar Pradesh 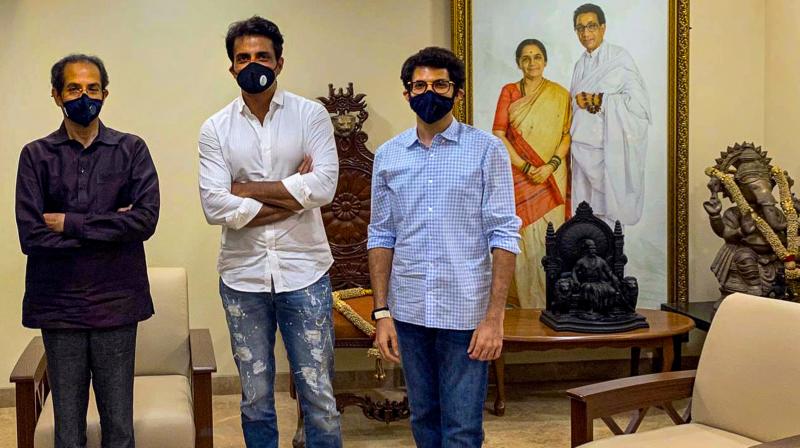 Mumbai: Actor Sonu Sood was on Tuesday stopped from meeting workers outside the Bandra Terminus in Mumbai by the police. A Mumbai police official said the actor was stopped by the Railway Protection Force (RPF).

Meanwhile, Western Railway (WR) said they were not allowing in anyone except bonafide passengers.

A special Shramik Special train was scheduled from Bandra Terminus to Azamgarh district in Uttar Pradesh with 1,803 passengers on Monday night. Sood had come to see off the guest workers at Bandra Terminus but he was not allowed to enter the platform.

A senior RPF official, who was involved with the arrangement of passengers for a special Shramik train, said that there are guidelines of the railway boards to not allow anyone except the passengers. “We have informed the same to the actor who agreed and cooperated with the RPF personnel,” the official said.

However, Sood met the passengers outside the station.

Nirmal Nagar police station's senior inspector Shashikant Bhandare said, "The actor was stopped by the RPF, not by us. He wanted to meet labourers who were going to their native place. We have not received any complaint regarding this till now."

Western Railway chief spokesperson Ravinder Bhakar told The Asian Age, “We are not allowing anyone to enter the station except passengers and railway staff due to social distancing and safety norms.”

On Sunday, the executive editor of Saamana and Shiv Sena spokesperson Sanjay Raut slammed Mr Sood over helping the migrants to reach home. In his weekly column 'Rokhthok' in Sena mouthpiece 'Saamana', Raut questioned the sudden rise of “Mahatma” Sood on the social scene of Maharashtra during the lockdown.