Videos from the celebration have been going viral on social media, and it was an enjoyable outing for the Kapoors. 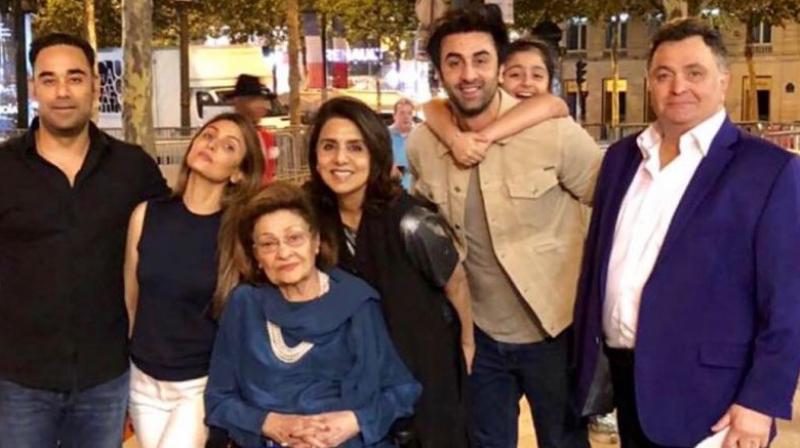 On her special day, the actress had her near and dear ones, husband Rishi Kapoor, and kids Ranbir and Riddhima Kapoor Sahni, mother-in-law Krishna Raj Kapoor, son–in-law Bharat Sahni and niece Samara with her in Paris.

The family celebrated the occasion by hanging out at restaurants in the city, and there were many surprises planned for Neetu by her kids.

In the videos shared by Riddhima on Instagram stories, we see the waiters arriving with a huge cake and firework candles for the lady as all of them sing the ‘Happy Birthday song’ in the restaurant.

Later in the day, they stepped out for another meal and there was another surprise in store for the birthday girl, the waiters singing for the actress.

Watch: #NeetuKapoor gets surprise from #RanbirKapoor and other family members for her 60th birthday pic.twitter.com/rT2o3BFATw

Ranbir’s niece was seen disinterested in one of the pictures from the celebrations, but the little one did have a great time with her great grandmother.

In another video her mother shared, we see her riding on Krishna Raj Kapoor’s electronic wheelchair and absolutely loving it.

Neetu has been making news for bonding with Alia Bhatt, who is rumoured to be dating her son, and we must say the latter surely missed the chance to know Ranbir’s family even better.