Here’s how Disha Patani prepares physically for all her projects

In Bharat, she played the role of a trapeze artist for which she had to learn gymnastics. 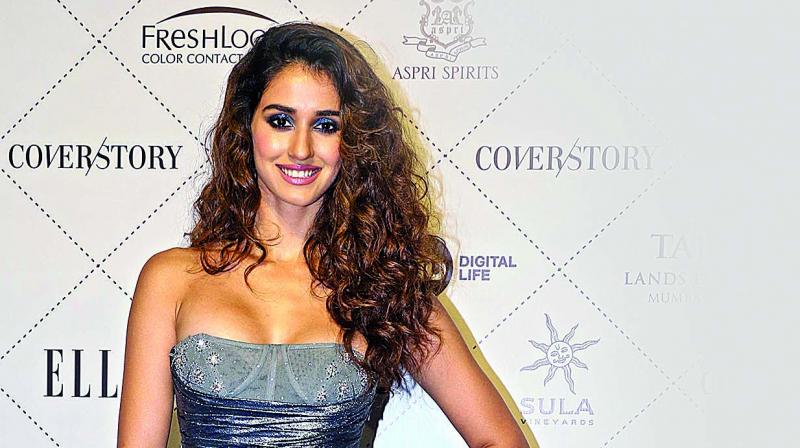 Mumbai: Disha Patani is one of the fittest actresses in the Indian Film Industry and she has proved it time and again, with her on-screen comfort and confidence in portraying characters which are well versed in action and martial arts. With the perfect body and skills to flaunt, she has done a range of action films and aced the act in each one of her projects- raking up to a streak of all 100 crore club films.

It’s been widely known that she has been training in martial arts and kickboxing. Baaghi was her first film wherein she trained extensively and built upon her physical strength for her role. But it was her role in her latest release, Bharat where the sultry actress took it up a notch higher with ‘slow motion’ all the way.

In Bharat, she played the role of a trapeze artist for which she had to learn gymnastics. As is known, gymnastics is very hard to learn after the initial growing up years. But Disha underwent rigorous training and learnt it from the very basics and managed to pull off extremely difficult and gravity-defying stunts. She trained every day for four hours and more to grasp the sport and have a hold on it before she could do it on the screen to the satisfaction of her director. She was very well applauded for the same.

For her upcoming project, Mohit Suri’s Malang, the ‘dream girl of Bollywood’  went to Mauritius to further train for the project. She practised a variety of sports ranging from Scuba Diving, Sub Diving and Kite surfing and nailed each one of them as Disha is a known water baby. Since she has been strength training for a very long time now, she had a whale of a time doing sports and shooting for the same.

Her shooting locations included Bombay, Goa, and Mauritius for Malang, where Goa is one common location which has a Baaghi connect as she shot for Baaghi in Goa and for her, it was completing a full circle shooting for action films from the very location she started. Disha highly respects martial and stunt artists and is known to have constantly learned from them.

Disha is well known to be the fittest actresses in Bollywood and she is famous for her brave choices of films and the actress is loved and adored by film-makers. She is the face of several international brands and the constant sneak peeks of her dance and fitness videos are a treat to the fan-frenzy.

After the back to back success of M.S. Dhoni: The Untold Story and Baaghi 2, which earned more than 100 crores at the box office and now Bharat is galloping towards the Rs 200-crore mark. The talented actress, Disha Patani, will be seen next in Mohit Suri's Malang.