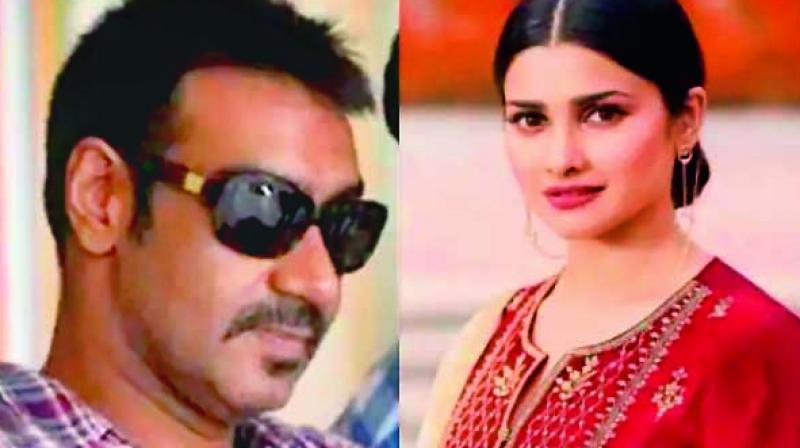 When Ajay Devgn shared a post on Twitter, as a throwback on the eight years since one of his films with the Bachchans, he must have not really thought it could bring him a truckload of criticism.

The actor–producer took to his social media handle to share some behind-the-scenes images of the film that released in 2012. The picture featured him, Abhishek Bachchan, Amitabh Bachchan and Rohit Shetty He even captioned the post, “When the Bachchans speak, I listen(especially Amitji)#8YearsOfBolBachchan @SrBachchan @juniorbachchan #RohitShetty(sic).”

Ajay’s tweet caught the attention of actress Prachi Desai, who was one of the casts in the film. She replied to Ajay’s tweet and in it, tagged all the actors from the film. Ajay had missed out on tagging himself.

“Hey @ajaydevgn looks like you forgot to mention the rest of us aka  #Asin @Krushna_KAS @apshaha #Asrani ji #NeerajVohra ji #JeetuVerma , yours truly & everyone involved in making this baller of a film  #8YearsOfBolBachchan(sic),” Prachi wrote back.

Her reply to Ajay’s tweet, got many of her followers replying to her, congratulating her on calling out Ajay for his selective memory of the film and its cast. One of the users @BardOfBread wrote, “Oh my! Bollywood has become ballsy all of a sudden! You go girl!(sic)”