By being brave, Varnika is leading by example: Neha Dhupia

One such headstrong woman is Varnika Kundu, whose stalking case has become a national debate. 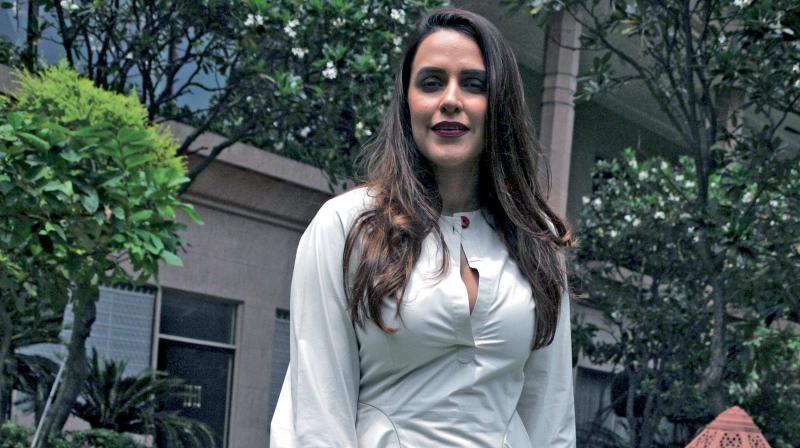 In the audio show #NoFilterNeha, celebs spill out many secrets but as Kangana Ranaut has often said that being frank has cost her work, can someone really afford to be brutally honest in the film industry? The host of the show actress Neha Dhupia says, “When a Kangana says it, she means it. When a KRK says something, it’s only for effect and it’s below the belt. It’s a tightrope situation, where you have to put your point across without hurting someone. Being frank is a way to be and for a decade now, we all have been advocating about ‘being yourself’. Today we are targeting body shaming. Five years from now, body shaming will be equivalent to apartheid where if you call someone fat or thin, you will be punished.”

Her show is back with a second season and as she says her “talent to talk” was basis of her becoming a celeb talk show host. And during the interview, we figured that she could be talkative! But there’s a point when she has a lump in throat even though she continues to speak. She appears to be holding back her tears and does it beautifully. The point came when we asked how despite getting fewer film roles over the years, she has managed to stay relevant and not fade away from public memory like many of her contemporaries. “I am a hustler, survivor and patriot. Everyone has an expiry date and before that day comes, you have to get up and do something. My dad taught me that the best part about failing was that you tried. I don’t owe my career to anyone. Just a day before I decided to produce my chat show, I was in doldrums, both professionally and personally. I maybe an obnoxious person and painful to work with but my ability to bounce back is faster than a tennis ball. Nobody will get to know that some incident yesterday broke me. There are so many women around me who inspire me just by the virtue of what they are doing on daily basis. My plan is relevance and survival,” she says.

She at this junction is reminded of how the long journey began. “The first time, I touched make up was in December 1998 when someone told me ‘Gurgaon aa jaao, fashion show hai, karlo. My first job was with Pradeep Sarkar and Shoojit Sircar. My audition was to hang upside down from a tree and Mallika Sherawat had declined it. I said if one could make a living by doing that, that’s the easiest option available. At that age, hanging upside down was important, today producing a show is. Anushka Sharma is doing it all and I respect her so much. I am a big Priyanka Chopra fan who decided to start afresh in a new industry,” she says.

One such headstrong woman is Varnika Kundu, whose stalking case has become a national debate. About the Chandigarh girl, the actress says, “The fact that it happened in Chandigarh, is appalling. For her to speak up bravely, it’s like leading by example. It’s the most normal thing to do. What she is saying is so obvious. It’s like me saying it’s a sunny day. It takes that one woman to show the way and now you will see a lot many women speaking up. Why hold back just because you are a woman?”