The actress’ upcoming films, Saand ki Aankh and Mission Mangal, promise to keep her in the big leagues as well. 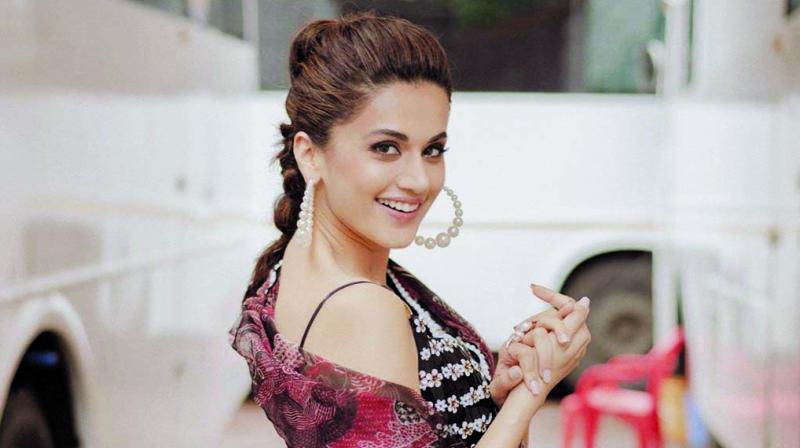 Taapsee Pannu made her debut in 2010 with K. Raghavendra’s Jhummandi Naadam and she has only scaled greater heights since, with critically acclaimed films like Aadukalam and Pink. The actress’ upcoming films, Saand ki Aankh and Mission Mangal, promise to keep her in the big leagues as well.

Despite her unmistakable success, Taapsee still finds herself feeling insecure on the work front. “I don’t feel completely secure and comfortable in my profession, merely because I do fear that people will not watch me if my films don’t work at the box office. And maybe even director or producers will not sign films with me,” she admits.

However, she has had her confident moments. “Let me elaborate — I got a very secure feeling after Pink. I started feeling sure that filmmakers are keen on casting me in their films. Also, the audiences too are eager to watch my film,” she adds.

Speaking about her latest film Mission Mangal, she says she was keen to be a part of the first-of-its-kind space film in Bollywood because she wanted her name to be in this historical film.  However, after Judwaa the actress wants to get back to
commercial cinema.

“I also wish to do some light dance sequences in films. Undeniably, I would love to be decked up and dressed up in lovely attire on the silver screen while performing in some commercial film. But unfortunately after Judwaa 2, I have yet not received any offers to do such films. Though, I have
no reason to complain as I have a few films keeping me busy,” she explains, adding a subtle message to commercial
filmmakers.

“My outgoing calls remain open for commercial directors/ producers to approach me for good roles. I do message a few directors to offer me commercial films as well, because I do not like to call and disturb them. But no commercial film has come to me yet,” the actress reveals.

When further asked about why she hasn’t worked with a mega banner like Dharma or YRF, the actress says with a smile, “Unke paas kaafi ladkiyan hai, main bheed nahi badhana chahti hoon (They have enough of their own girls, I do not want to increase the crowd). Director Anurag Kashyap has the habit of teasing me saying ‘You had come to join YRF na?’ He has this habit of cracking jokes.”