IFFM host and popular TV actor Karan Tacker had a quirky interaction with Arjun and Malaika. 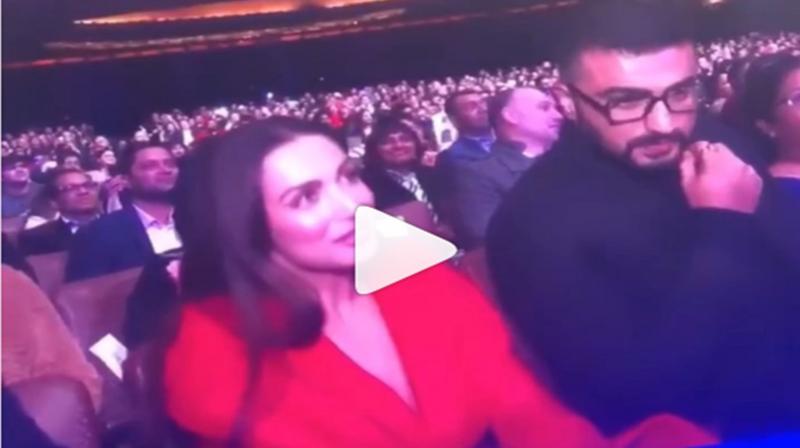 Mumbai: Bollywood actor Arjun Kapoor and Malaika Arora have been dating each other for quite a long time. The duo confirmed their relationship on Arjun's birthday on social media. Post Malaika's divorce with Arbaaz Khan, she found solace in Arjun and their love blossomed with time.

Well, Arjun and Malaika are currently in Australia to attend the ongoing Indian film festival of Melbourne (IFFM). The couple came separately in the event but later they sat together at the opening ceremony held at Palais Theatre in St Kilda, Melbourne.

In the event, IFFM host and popular TV actor Karan Tacker had a quirky interaction with Arjun and Malaika. However, a possessive boyfriend Arjun stopped the host from flirting with his lady love.

In this viral video, Karan can be heard giving a compliment to Malaika for looking "absolutely gorgeous even after a 20-hour flight". To which, Arjun jokingly added by saying, "Son, there's a lady at the back, go and flirt with her."

Well, Arjun-Malaika fans must be loving Arjun's gesture as it was hilarious yet interesting to see. Meanwhile, on the work front, Arjun Kapoor will next be seen in Ashutosh Gowariker's 'Panipat'. The film is slated to release on December 6, 2019.