Shah Rukh was also the chief guest at the festival which celebrated courage as its central theme in 2019. 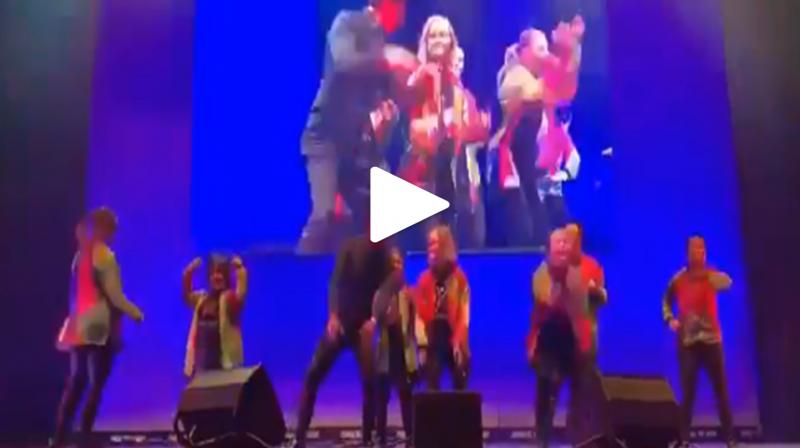 Mumbai: In a recently released video, the Badshah of Bollywood- Shah Rukh Khan is seen dancing with kids on the stage of Indian Film Festival of Melbourne 2019. The unparalleled global superstar recently went to IFFM to receive the award for ‘Excellence in Cinema’ and given his global appeal and his fan following, the kids who performed on a Bollywood number, later also danced with the actor on the song ‘Apna Time Aayega’.

The audience cheered and amongst massive hooting, the superstar is seen having a gala time doing funny steps and entertaining the kids. It was such a sweet gesture as the star is known for treating his fans with such love and humility.

King Khan dances with the special kids having Down syndrome ❤️ #IFFM2019 #IFFM
The most kind hearted superstar. pic.twitter.com/ebbN9PNA2e

Shah Rukh Khan, globally known as the superstar of Hindi cinema was conferred with the award at the 10th edition of Indian Film Festival of Melbourne on August 8. The felicitation took place at the Palais Theatre in Melbourne. On receiving the award, the superstar shared, “I'm humbled and honoured for this recognition. It will be a great experience to share the stage and the podium with my fellow industry members who are all coming from various parts of India to celebrate cinema in Melbourne”.

Shah Rukh was also the chief guest at the festival which celebrated courage as its central theme in 2019. Keeping with the festival's theme of celebrating courage, it wants to pay tribute to SRK's continuous contribution to cinema and popular culture in India with this award.