After getting hospitalised following Salman's criticism, Zubair Khan files FIR against him

The controversial personality is in no mood to forgive the superstar for slamming him on the reality show. 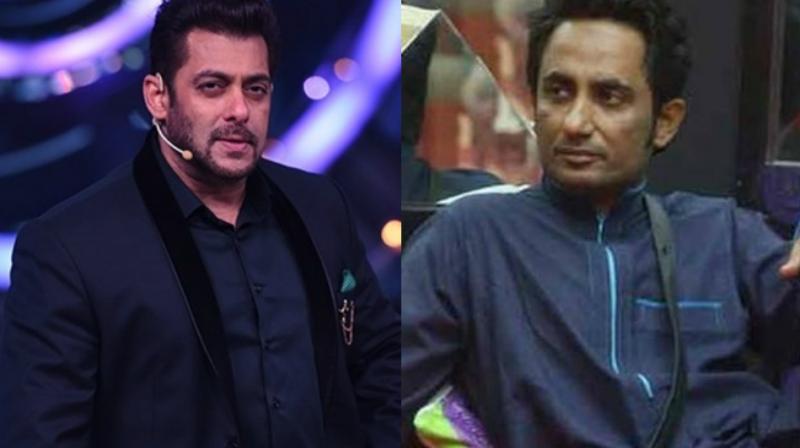 Mumbai: 'Bigg Boss' and controversies have been synonymous with each other for the last 10 years and the trend continues with the eleventh season as well.

While getting Zubair Khan, son-in-law of Haseena Parkar, sister of Dawood Ibrahim, was controversial enough, his actions on the show and even after his eviction from it have just taken it to an altogether different level.

On the show, Zubair got into arguments with Sapna Chaudhary, Puneesh Sharma and also abused Arshi Khan.

On Saturday’s episode, he obviously got a dressing down from Salman for his behaviour, which didn’t go down well with him.

Following Salman’s harsh words, Zubair popped a few pills and fell ill, because of which he had to be hospitalised.

While reports of 'suicide attempt' started doing the rounds, further bad news followed for Zubair when Salman, on Sunday, announced that he was the first contestant to be evicted for bagging least votes.

Zubair has not taken the criticism well and has allegedly filed an FIR against Salman for threatening him at Antop Hill Police Station, but later got moved to the Lonavla Police Station.

The copy of the FIR has been going viral on social media, in which Zubair accuses Salman of saying, “Tere ko kutta banaunga, tu bahar nikal tere ko chhodunga nahi. Tere ko industry me kaam nahi karne dunga, tereko marunga.” (I’ll make you a dog, I won’t spare you after you leave. I won’t let you work in industry, I’ll hit you.) 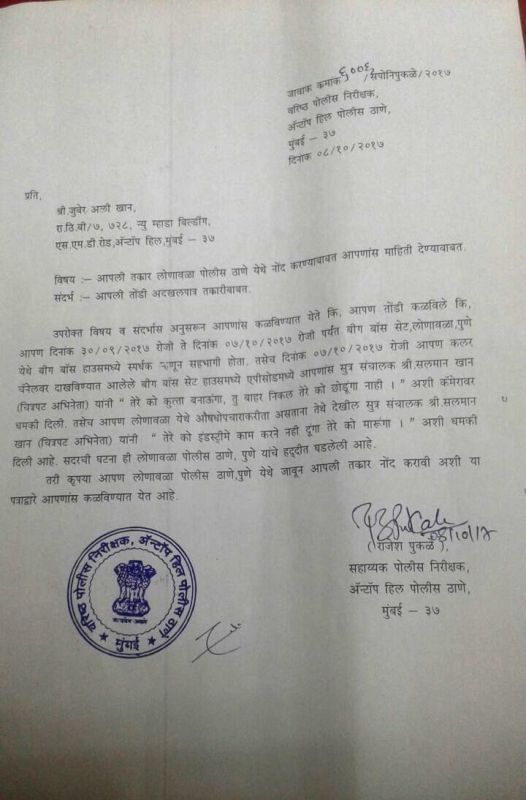 While Salman seems bigger than even ‘Bigg Boss’ himself, it is perhaps the first time that a contestant has taken on the superstar.

Not new to controversies, it would now be interesting to see how Salman reacts to this row.